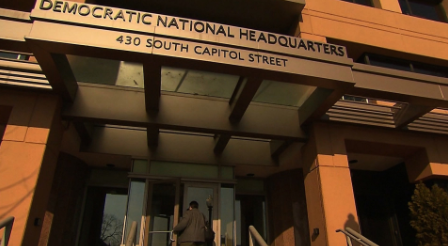 A federal judge Tuesday dismissed the Democratic National Committee’s lawsuit against Russia, the Trump campaign and a number of individuals including Jared Kushner and Donald Trump Jr., saying the claims are either “moot” or “without merit.”

Judge John Koeltl in New York ruled Trump campaign officials are protected under the First Amendment and cannot be held accountable for harming the DNC after it was hacked. The lawsuit was filed against a number of individuals the DNC alleged were in so-called collusion, including former campaign chairman Paul Manafort, conservative ally Roger Stone, the Trump campaign, Trump Jr., Kushner, Julian Assange and WikiLeaks.

The DNC had touted the lawsuit as a major way to fight a back against the hack it suffered and to hold various Trump campaign officials accountable.

The Russian government cannot be sued in this way, Koeltl found, because it is a sovereign nation.

Additionally, the judge found that Trump campaign officials couldn’t be held accountable for the publication of documents because of the way the DNC wrote its lawsuit, attributing the hack only to Russia.

“In sum, the DNC does not allege any facts to show plausibly that any of the defendants, other than the Russian Federation, had any role in hacking the DNC’s computers or stealing its information — it attributes that conduct only to the Russian federation. And the DNC does not dispute that the documents were of public importance. Therefore, the First Amendment protects the publication of those stolen documents,” Koeltl wrote.

Another lawsuit against the Trump campaign brought by individuals for breach of privacy as a result of the hack was previously dismissed.

Koeltl was appointed by President Bill Clinton in 1994.