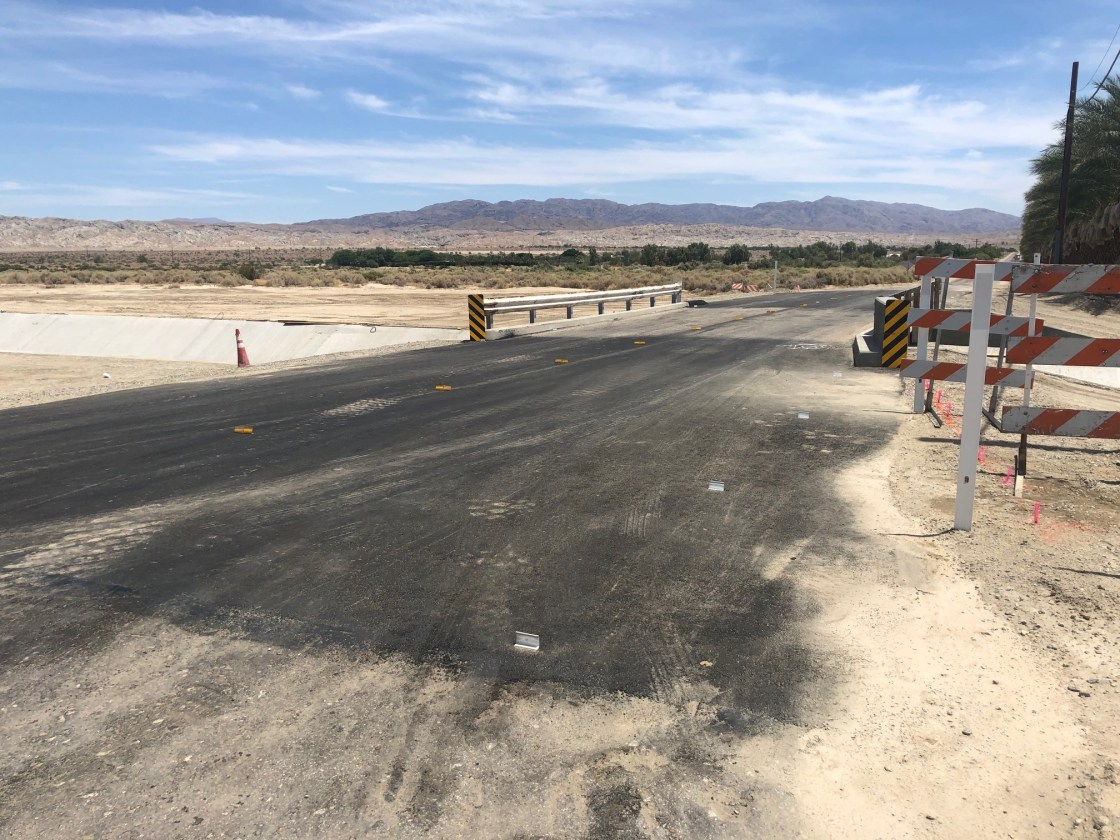 A road in the eastern Coachella Valley along the northern edge of the Salton Sea has reopened after months of storm damage repair, county officials said Friday.

Avenue 70 between Cleveland and Windward streets near the community of North Shore reopened on Thursday, according to the office of Riverside County District 4 Supervisor V. Manuel Perez, whose district covers the Coachella Valley.

The road has been closed since Sept. 30 due to storm events that washed away parts of the roadway and damaged the road’s bridge over Coachella Canal Wasteway No. 1.

“This is good news that North Shore residents can once again use Avenue 70 to more easily get around,” Perez said. “The reopening of Avenue 70 saves time for residents, who no longer need to take the much longer way around. I am glad that the road is reopened and, importantly, that the bridge is structurally safe. Thank you to the community for their patience during the closure. I appreciate the Coachella Valley Water District, Riverside County Transportation Department and the contractor for their hard work in repairing the bridge.”

After the autumn storm events, Riverside County and Caltrans structural engineers determined the bridge over the drainage channel was salvageable and work began in mid-April, according to Perez’s office.

Work stopped when birds arrived to nest in the construction area. Repair work, performed by contractor Alabbasi of Perris, started again once the birds left.

The construction contract was carried out at a cost of $665,555, according to Perez’s office.