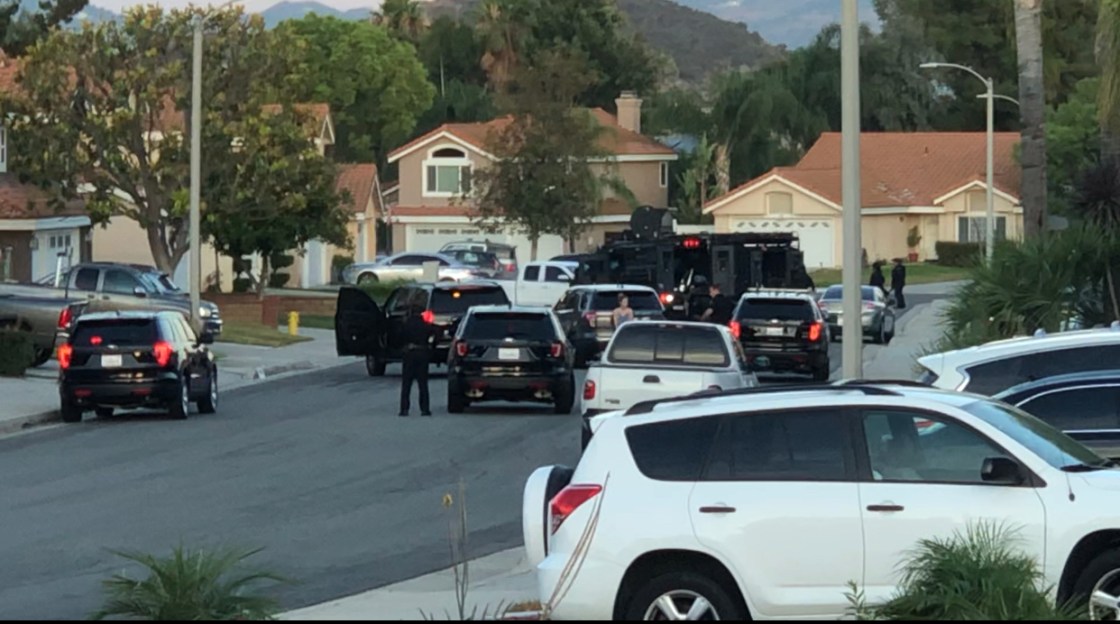 “These are the folks that we believe are responsible for that senseless murder of Juan Diaz,” said LAPD Asst. Chief Beatrice Girmala.

Cell phone video shows a man coming out of the home with his hands up surrendering to police then being led away.

“All the S.W.A.T. guys came out they all had their vests on you had their MP 5s, some of them had silencers, I mean they were staged up ready to go,” says Chris Schirm, who witnessed the raid.

Lauren Ritchie lives across the street and and woke up to the sound of helicopters, “Woke up my husband and said you got to come out here because you won’t believe what’s going on … it was pretty scary lots of guns lots of swat guys.”

LAPD homicide investigators questioned and detained several other people, but let them go.

Ritchie finds it hard to believe her neighbors had anything to do with the murder, “I don’t even know what to think they’re such nice kids there I‘m assuming they weren’t involved they’re like the nicest people in the neighborhood.”

Another neighbor who did not want to be identified says the person arrested does not live there, “Very nice people, very upstanding citizens, the guy that they took out I’ve never seen him before in my life, I believe the people who lived in that house probably knew anything about this kid.”

The LAPD says On July 27, 2019, Officer Diaz was off duty at at taco stand with his family in Lincoln Heights when he was shot and killed after confronting a group of taggers.

The LAPD hasn’t released any information on the men arrested but says they’re confident a murderer is off the streets.