Scorched Car Left in Parking Lot For Over A Week 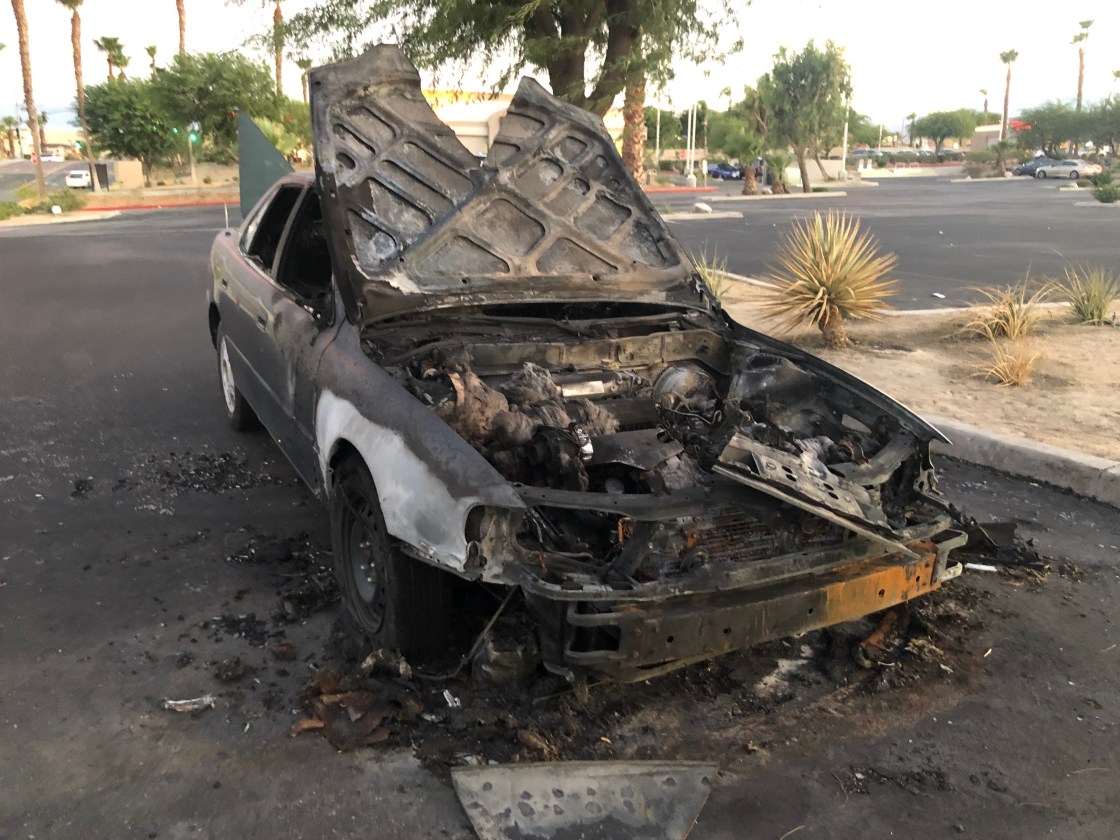 A scorched car was left inside of the parking lot next to the Costco in Palm Desert, and folks are fed up with the eye sore. Take a second to imagine driving by a burnt car multiple times a week, for over a week. It gets old and a bit concerning for some folks, but the city says, there’s a reason for the car not getting picked up immediately.

In fact, John is one of many who has driven by this burned car, inside of the Dollar Tree parking lot, for over a week now.

“It just caught fire and people abandoned it, but you can tell the fire department cut into the front and the back of it to make sure it was doused out. I know that there was a note on it a couple of days ago that said it was a public nuisance,” he added.

NBC Palm Springs went to the scene and the smell of burned rubber, metal and car parts was still in the air. John was quick to suggest a solution to what he deemed to be a problem.

“You know I think it should be gone like right now. If you want we can hook it up and tow it out for you.”

However the city of Palm Desert says there’s a reason it’s still there. In a statement, the code compliance department told NBC Palm Springs the following:

“We are aware of the situation, but cannot legally remove the vehicle because it is on private property. Once the owner signs a written authorization, the car will be towed.”

Certainly something John hoped happened sooner rather than later.

“I think it could be dangerous for kids, even older kids to mess around with,” he stated.

Fortunately for John, the city agrees, which is why they labeled this case a ‘threat to public safety,’ which allowed them to expedite the process. Earlier this afternoon, the car was latched and towed from the property.

Palm Desert’s Code Compliance encourages folks to call cases like these in, but to remember that, at the end of the day, they must follow protocol. They also ask for your patience and understanding in cases like these.