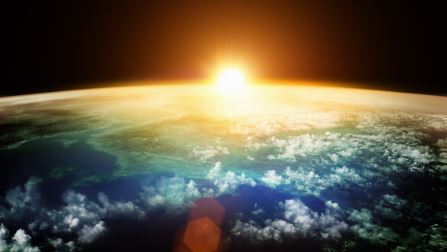 Earth faced unprecedented heat in July, its hottest month on record, according to the National Oceanic and Atmospheric Administration.

July’s temperature across land and ocean surfaces worldwide was 1.71 degrees Fahrenheit above the 20th-century average of 60.4. It was the highest for July since records began in 1880, besting the record set in 2016 by 0.05 degrees.

Some of the significant temperature differences were seen across Alaska, central Europe, northern and southwestern parts of Asia, and parts of Africa and Australia. Temperatures were at least 2.7 degrees Fahrenheit above the average.

Nine of the 10 warmest Julys have occurred since 2005, with the past five years being the five warmest on record.

A contributing factor: July is typically the world’s warmest month of the year.

However, temperatures in parts of Scandinavia and western and eastern Russia were at least 2.7 degrees below average last month.

The sea ice extent set a record low for July, appearing 19.8% below average, beating the record of July 2012, according to an analysis by the National Snow and Ice Data Center using data from NOAA and NASA.

Last month’s Antarctic sea ice extent was also the smallest for July in the 41-year record.