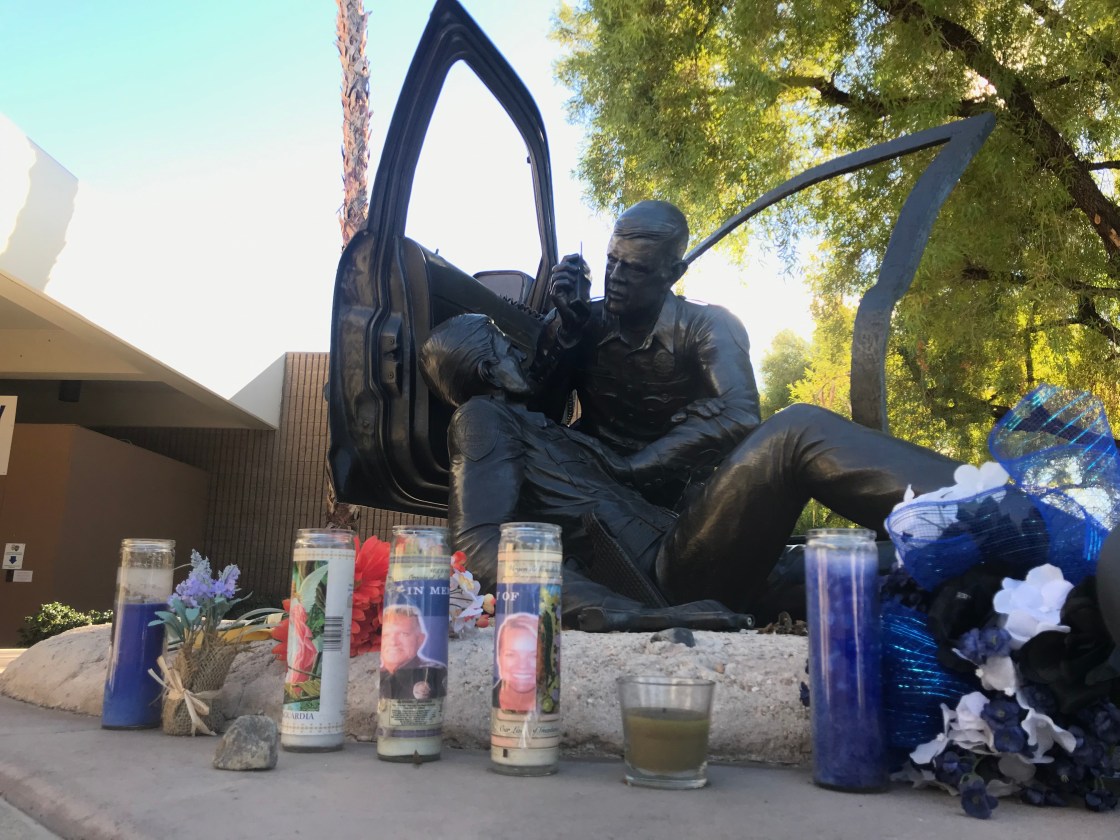 Recent images and sounds of gunfire across the country show the danger police officers face everyday: people armed with weapons of war.

Palm Springs Police Chief Bryan Reyes lost two of his own who were responding to a call for service at a home in 2016. The gunman used a semi automatic rifle with armor piercing bullets.

He says departments across the country are in a constant state of mourning, “We have our uniform, we have our badge, we have our gun, we have our duty belt that we wear everyday, it’s come to the point where this mourning band is a regular piece of our uniform.”

He recently had one on ones with new recruits that include this harsh reality, “The minute you graduate, your mind must be in the game when you put this uniform on because from the very first day there is a potential of you losing your life,” he says he told officers about to join his department.

Reyes says it doesn’t have to be this way because most of these horrific shootings or attacks have one thing in common, “You just don’t wake up that day thinking today’s the day I‘m going to go do this … just about all of them you can look back and see that there were signs that were ignored.”

He says he does want action to get these weapons out of the wrong hands but says that will take time and may never happen.

He’s calling on the community to take action now, “They’re aware of odd behaviors of their relatives and friends of the postings that they put on social media, when something is out of the ordinary, they need to speak up,” adding people usually give details of the disturbed gunman after the damage has been done.

California already has a red flag law where family members or law enforcement officers can ask a judge to temporarily seize weapons from a person who poses a threat.

“We would rather deal with something at those lower levels than being surprised or having to race to the scene of a shooting that’s already taking place,” says Reyes.

He says officers need the community’s support more than ever because they’re the ones who race towards the bullets, ready to take one for them.

“Do not forget the sacrifices of their law enforcement officers, the innocent people and kids that are getting killed, and remember that if you see something, it’s important to say something if you ever want to slow this activity down,” says Reyes.