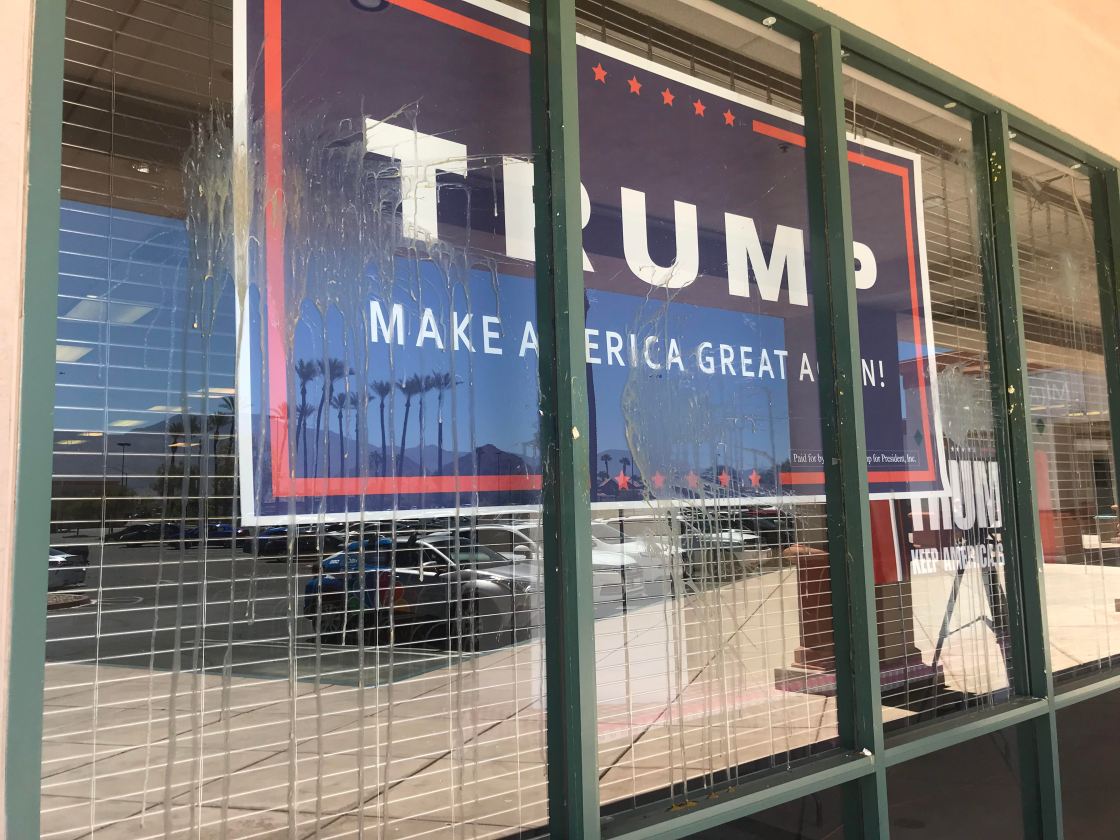 Shortly after an ice cream social at the East Valley Republican Women Headquarters on Sunday, the building was egged. In the past, the building has had windows broken and surveillance cameras destroyed.

“We went to eat and then I came back to the center to pick up my computer and we had been egged,” the organization’s president, Joy Miedecke, said.

Miedecke said she’s been seeing this type of behavior more and more. In this instance, she said the attackers used three dozen eggs to destroy the windows.

The evidence was still there Monday morning; yolk streaming down the windows and shells lining the ground.

Officers are investigating the Ring surveillance video overhead to catch the culprits.

“We have had that happen before when we had our rings stolen,” Miedecke said. “They did find the person, they did prosecute.”

The organization’s president said she thinks the act was a direct response to the event that attracted hundreds of Trump supporters. The nationally-known Trump Build the Wall Unity Trailer also stopped by.

“It was uncalled for, what did it accomplish, what did that do?” Miedecke said about the egging.

Other stores, like Roberge Jewelry on El Paseo have also had problems. In June, vandals spray painted “Impeach Trump”, “Anyone but Trump 2020” and “Free the Kids” on top of the store’s controversial displays.

As for the egging at the headquarters, Miedecke called it a “chicken” act as it happened right when they left.

“Let’s talk about it, let’s get it figured out, let’s become one,” she said. “We don’t want a country divided, we want a country that works together.”

Meanwhile those on the left, such as presidential candidate Joe Biden believes the president is promoting division.

“If Americans want a president to add to our division, to lead with clenched fist, a closed hand, to spew hatred, to demonize your opponents they don’t need me,” Biden said at a rally in Philadelphia on Saturday. “They’ve got President Donald J. Trump.”