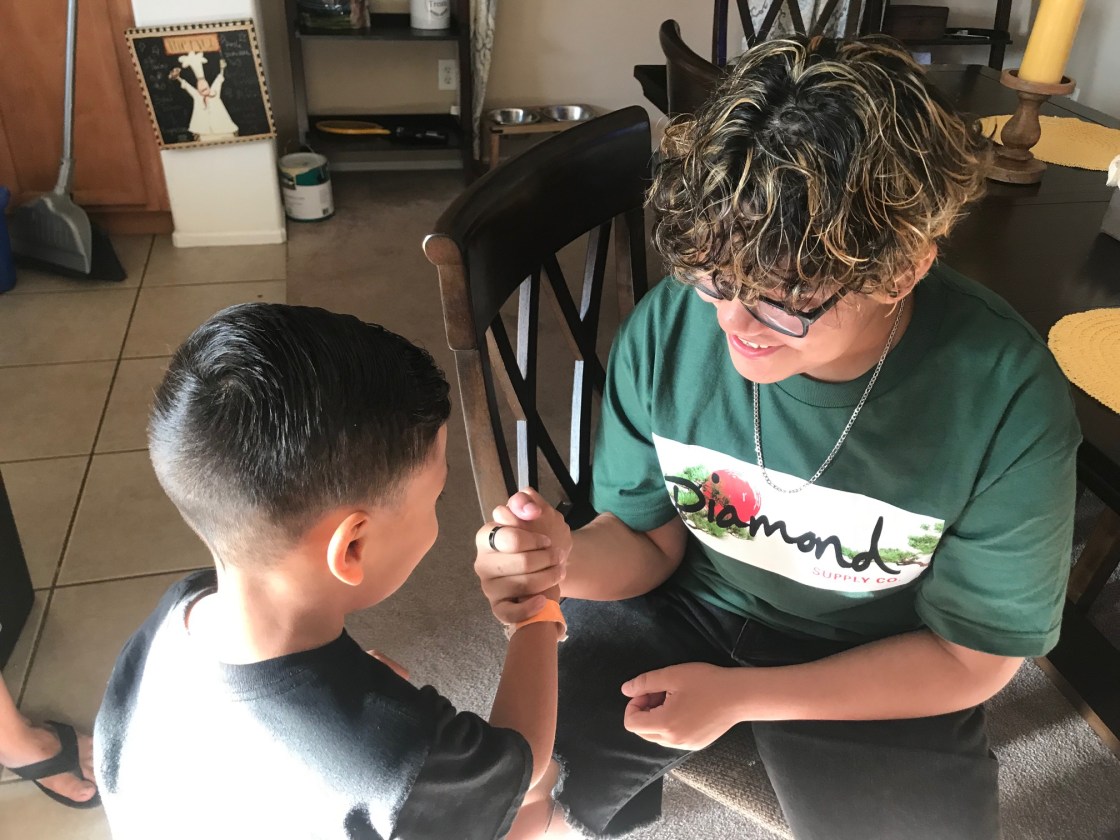 Jessica just lived through a nightmare every mother fears, getting a phone call telling you your son is missing.

“Anything could have happened, I could have never seen my child again,” says the Coachella mother.

Her five-year-old son Izaiah was not at his bus stop after school. She raced to Mountain Vista Elementary School to get answers. They had none.

“I was crying I was emotional. How did you lose a five-year-old?” Jessica says she asked school staff who had no idea where her son was.

Three miles away, 14-year-old Genesis Cruz is riding her skate board in her neighborhood.

She can’t believe her eyes.

That little kid is Izaiah. He was scared, hot and tired. He’d been wandering the neighborhood for about 40 minutes in 109 degrees heat after being dropped off in the wrong neighborhood by a Coachella Valley Unified School bus driver.

“Yeah, I lost, I walk (sic) down the street, she said come here,” says Izaiah.

Genesis looks at this tag around his neck that has his name, address and phone number and calls, “saying that she has my son and I‘m like, ‘Oh my God, thank you so much!” says Jessica.

“She was worried, I don’t know how the school could do that, because he was only five-years-old,” says Genesis.

Jessica is furious so many failed her son, “The teacher put him on the wrong bus and then the bus driver leaves a five year old by himself with no one to claim him?”

CVUSD Superintendent Dr. Maria Gandera says there are many protocols in place to prevent this and somewhere along the line they weren’t followed, “We apologize for the incident. The majority of the time the rules work and every once in a while a situation happens and no excuses, we are addressing it and we will try to make sure that it doesn’t happen again.”

Gandera says they’re already working on digital ids to check in students that will alert them if they’re on the wrong bus, and she’s proud of Genesis who helped Izaiah.

But no one is more grateful than his mom.

“She is my hero,” says Jessica.

And Izaiah says she’s more than a new friend, “Angel.”