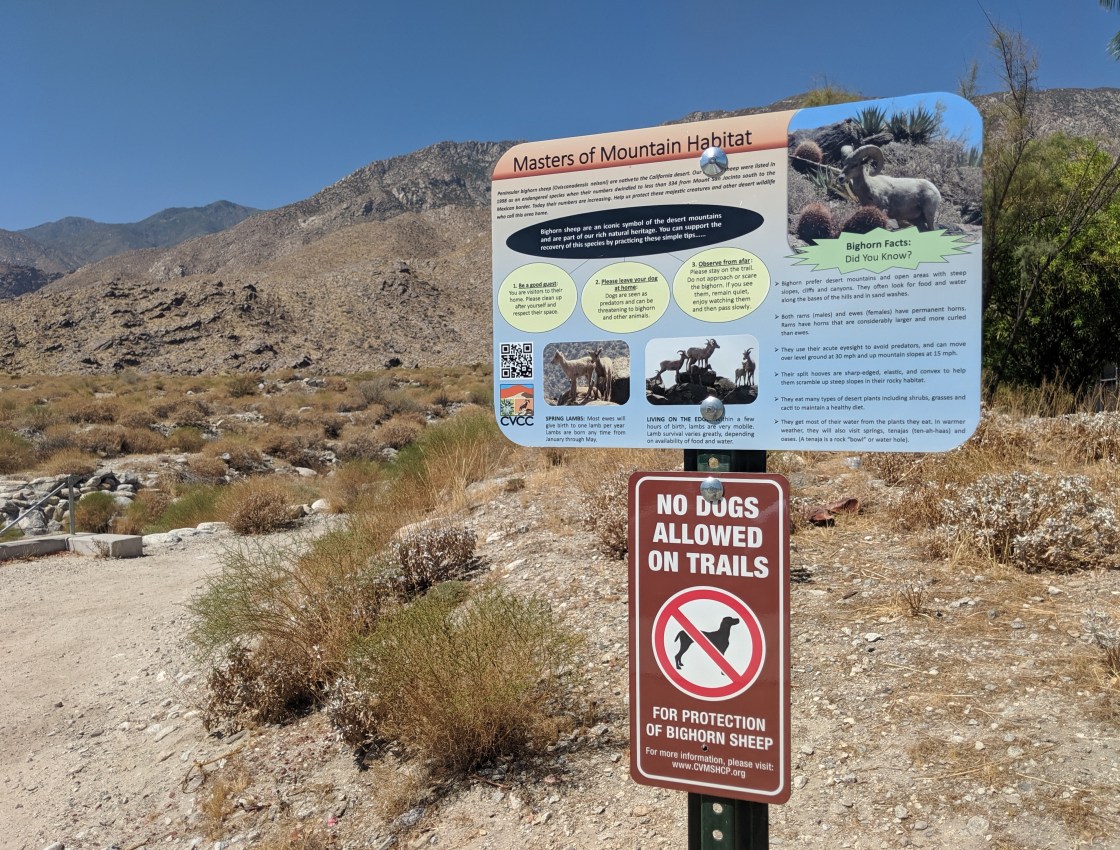 It is going to be a rough transition for some active pet owners. The City of Palm Springs no longer allows pets on four of its popular hiking trails to preserve the native species living in the desert mountains.

Brandon England recently moved from New Jersey to Palm Springs and he was surprised to know his pet dog Luna can no longer accompany him on his hikes.

England said, “That sucks! That was a big part of wanting to live here.”

He was not the only person in the Palm Springs Dog Park who felt that way. Heidi Blootter and her pet Oz are also new residents of the city and they enjoy being active.

Blootter said, “I’m a pretty outdoorsy person and you know I picked her breed and everything specifically so I could have somebody to go on these hikes with because you know somethings you can’t find somebody to go with you.”

The signs Banning dogs are now on the trailheads of South Lykken Trail, North Lykken Trail, Araby Trail and Museum Trail. The signs explain the decision was to protect the Big Horn Sheep and other desert animals.

The Palm Springs Assistant City Manager, Marcus Fuller, said the change in policy comes in order to comply with the Coachella Valley Multi-Species Habitat Conservation Plan, a document that outlines lands where constructions are not allowed, as well as recreational limitations such as hiking with pet dogs.

Fuller said, “In this case, we have to balance the effects that those dogs can have on what is an endangered species.”

He said education about the natural habitats and its trails will help residents and visitors understand the new rule, however, there will be penalties for people who fail to comply.

Fuller said, “There first actual violation after being reminded and educated, and the next one is $250, the following is $500, we hope it never gets to that point.”

Despite this decision, the city continues to be a dog-friendly community, most restaurants allow pets on their patios and dog parks are also an option to recreate outdoors.

Blootter said, “It’s a beautiful park but not quite the same.”