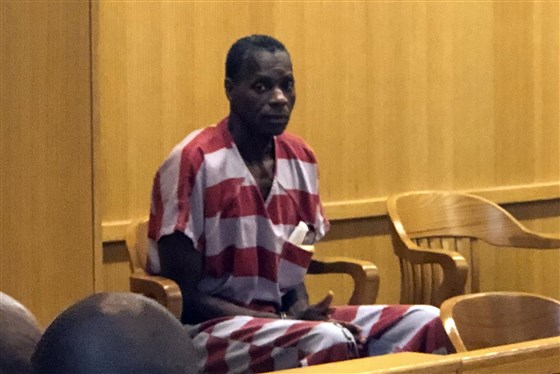 Alabama man spent 36 years behind bars after stealing $50. He is about to go free.

An Alabama man who has spent almost 36 years in prison after stealing $50 will soon be released under new sentencing guidelines that reset the state’s three-strikes law.

Alvin Kennard, 58, had been serving a life sentence without the possibility of parole.

But his sentence was changed to time served by Judge David Carpenter in Jefferson County on Wednesday, meaning he should be out of prison soon.

The state’s Department of Corrections still has to process Kennard out of the system, so he wasn’t immediately released after the ruling. As of Friday morning, he was still listed as an inmate at the William E. Donaldson Correctional Facility, just outside of Bessemer, Alabama.

“We’ve just been praying and trusting in God that this day would come and it’s here, and we’re so grateful to God,” Kennard’s niece Patricia Jones told NBC affiliate WVTM.

Kennard was convicted of robbing a bakery Jan. 24, 1983, in a felony that netted him $50.75, the Birmingham News reported, citing court records.

That bakery crime came after Kennard had previously broken into a vacant service station, leading him to plead guilty to three felony counts of burglary and larceny in 1979. Due to that previous conviction, he was sentenced to life behind bars under the three-strikes provision of Alabama’s Habitual Felony Offender Act.

But in 2013, the Alabama Sentencing Commission adopted new guidelines which, if they had been in place when Kennard robbed the bakery, would have made his previous crime not serious enough to trigger a life sentence without parole, defense lawyers said.

Had these new standards been in place then, Kennard couldn’t have been imprisoned for any more than 20 years, his attorney Carla Crowder said. He could have been eligible for parole after 10 years.

Kennard told the judge Wednesday that he is still remorseful for his crimes.

“I’m sorry for what I did,” Kennard, dressed in orange-and-white jail garb, said. “I was wrong.”

Kennard has said that after his release, he plans to live with family in Bessemer and work in carpentry.