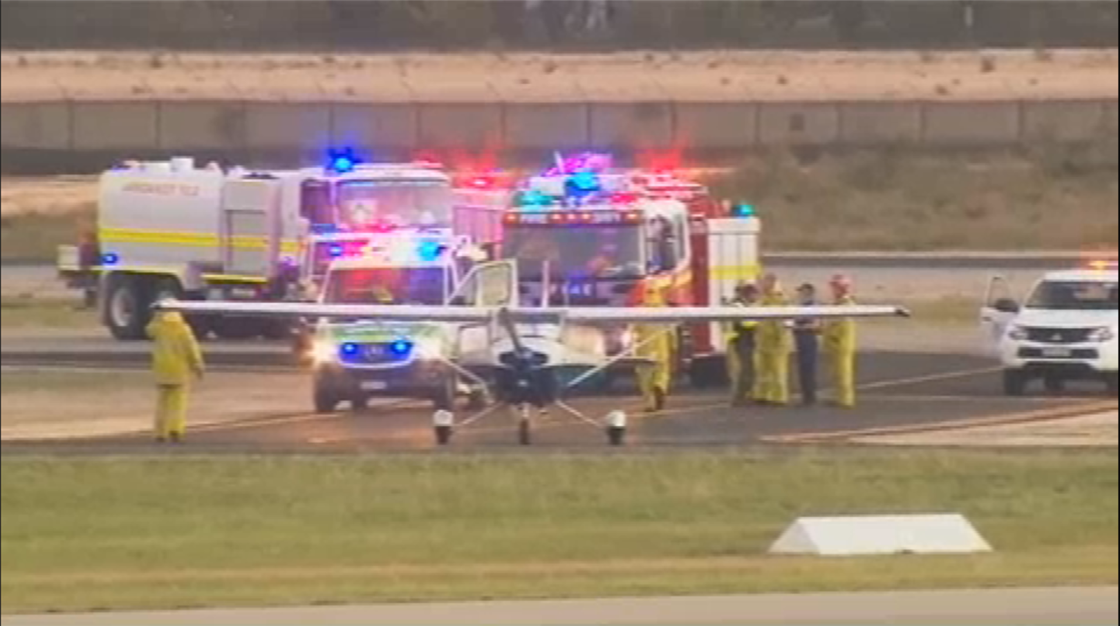 Student pilot lands plane after his instructor passes out

A student pilot has averted a tragedy by landing a plane single-handed after his instructor passed out at the controls.

Australian Max Sylvester took control of the two-seater Cessna and was guided in to land by air traffic control Saturday.

“Do you know how to operate the airplane?” an unidentified air traffic controller asked Sylvester, according to edited audio obtained by the Australian media.

“…this is my first, um, lesson,” Sylvester replied.

Sylvester, 29, said he had had two flying lessons before, but on a different aircraft which he had not brought in to land.

As well as landing the aircraft Sylvester had to tend to his unconscious instructor. It was unclear why the instructor had passed out.

“He’s leaning over my shoulder, I’m trying to keep him up but he keeps falling down,” Sylvester said.

“Your job right now is just keep focusing on that aircraft as best you can. Secondary to that is just to keep his head up upright and his body upright in the seat,” the air traffic controller said.

Sylvester, a married father of three, was flying solo over western Australia for about an hour, his family looking on helplessly at Jandakot Airport.

Firefighters and paramedics had assembled on the tarmac.

The student’s calm exchanges with ground control belied a mounting sense of panic, he later told a news conference.

“I was pretty messed up in the head to be honest, it was pretty hard to know that my instructor wasn’t doing too well,” Sylvester said.

“My study kicked in, of actually reading my study books. That definitely saved me.”

“My flying instructor did say I was the best student he had,” he told the air traffic controller prior to landing.

Sylvester had a few weeks earlier posted a 95 percent landing performance score on his Instagram page.