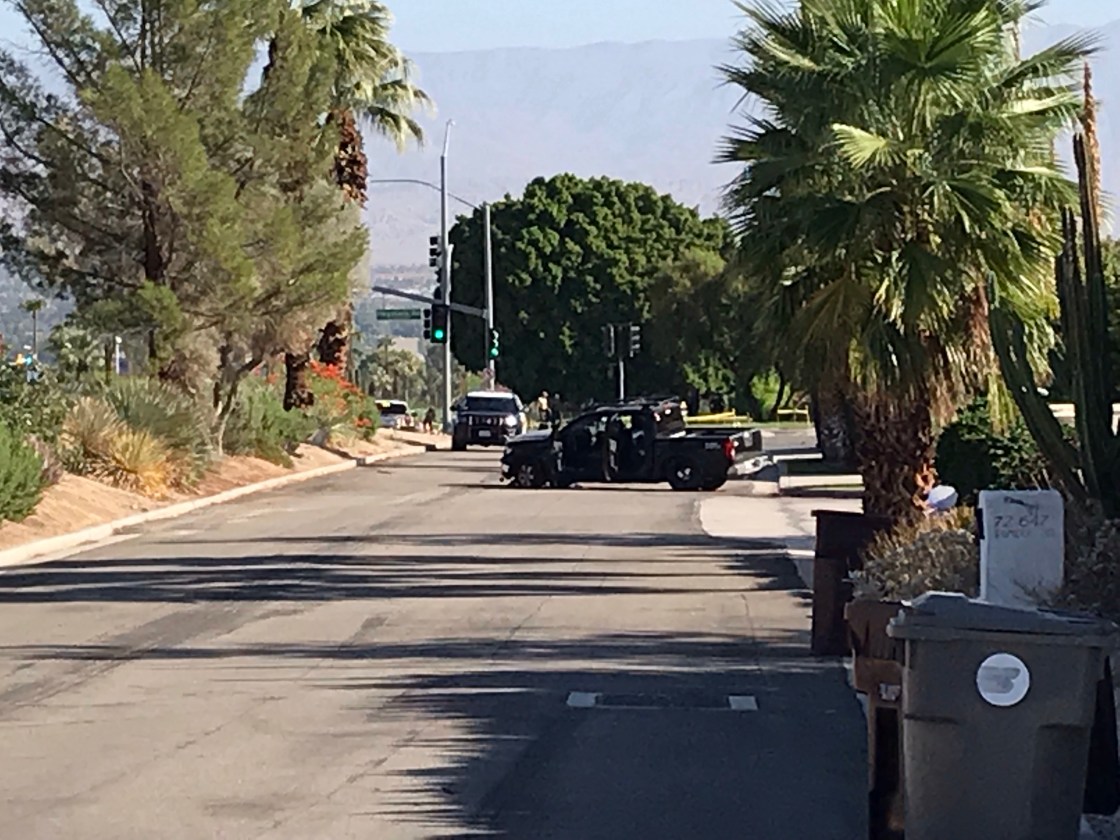 Pedestrian Killed When Vehicle Veers Onto Sidewalk In Palm Desert

A woman who was walking on a Palm Desert sidewalk was struck and killed Monday by a pickup truck whose driver was hospitalized, authorities said.

Deputies were sent around 7:20 a.m. to Highway 74 at Haystack Road, said sheriff’s Sgt. Randy Vasquez. He said the victim, identified by the coroner’s office as 65-year-old Thereseem “Terry” Smith of Palm Desert, was pronounced dead at the scene.

The 61-year-old man who was behind the wheel of the Nissan Frontier pickup was found unresponsive and still in his vehicle, Vasquez said. The unidentified motorist was taken to a local hospital, but information on his injuries or condition were unavailable.

Investigators believe the Nissan driver was heading southbound on Highway 74 when, for reasons that remain unclear, he veered across northbound lanes and onto the sidewalk on the eastern side of the road, striking the woman, Vasquez said.

While the crash remains under investigation, alcohol was not believed to be a factor, he said.