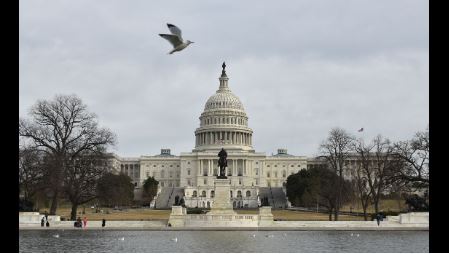 A few days after the Abqaiq and the Khurais oil facilities in Saudi Arabia were attacked, members of Congress sought information about the culprit and debated whether US military action would be necessary.

Vice President Mike Pence told a group of Republican senators at lunch Tuesday in the Capitol that the US goal is to “restore deterrence” after the attacks, which caused oil prices to fluctuate, but he did not suggest any specific retaliatory measures, according to Sen. Lindsey Graham.

“He said that the goal was to ‘restore deterrence’ and he left it at that,” said the South Carolina Republican.

White House deputy press secretary Hogan Gidley told reporters that the Trump administration “can’t say definitively” that Iran was behind the attacks, but that “in all likelihood” it was. Iran has denied responsibility for Saturday’s attack.

Saudi and US investigators have determined “with very high probability” that the weekend attack was launched from a base in Iran close to the border with Iraq, according to a source familiar with the investigation. Members of Congress pointed the finger there, too — even though Yemen’s Houthi rebels have claimed responsibility — while others called for more information.

Brian Hook, US special representative for Iran and a senior policy adviser to Secretary of State Mike Pompeo, held a call with Capitol Hill staffers on Monday to discuss the attacks, according to four sources familiar with the call. During that conversation, Hook said the attack was definitely not carried out by the Houthi rebels, but wouldn’t say who did conduct it when pressed, a source familiar with the call told CNN.

Sen. Marco Rubio, a Florida Republican, told reporters Tuesday that “there’s no doubt” that the Iranians were behind the attacks. He claimed that the Houthis have taken responsibility because “it makes them look more capable than they actually are.”

Other Republican senators agreed that Iran is the perpetrator but disagreed over how to define the US response. Graham, perhaps the senator most keen on a military response, pushed for attacking Iranian oil facilities.

“It’s got to be a blow beyond what we’re doing today,” said Graham. “And I think it’s got to be something other than sanctions. So, to me, what would ‘restore deterrence’ is for them to pay a price in terms of their capability to produce oil.”

Other Republicans think such a response is far too aggressive. Sen. John Barrasso, a Wyoming Republican, said on CNN’s “Newsroom” that the US should continue enforcing its sanctions, which are crippling the Iranian economy. “They are biting,” he said. “They are punishing — and making a difference.”

Sen. Mitt Romney, a Utah Republican, told CNN that if there is a response, it should come from the Saudis.

“I do not believe we should be involved with kinetic, military action,” said Romney. “I believe our role should be a support role — non-kinetic.”

“Saudi Arabia is fully capable of defending itself,” Romney added. “We’ve been providing or selling them the weapons they need to do so. It’s an attack on their homeland, not ours.”

Many Democrats have urged restraint.

“While we don’t know who is responsible for the attacks in Saudi Arabia, we do know that without a clear strategy to deescalate tensions with Iran, the situation will only get worse,” Rep. Eliot Engel, a New York Democrat who’s the chairman of the House Foreign Affairs Committee, said in a statement. “As the Administration determines next steps, I’m compelled to remind them that the Constitution is clear: Unless the United States is attacked first, the president needs authorization from Congress before attacking Iran, even if he is acting in support of one of our partners.”

Democrats and Republicans alike have pushed for more information regarding the attacks. Sen. Jim Risch, an Idaho Republican who’s the chairman of the Senate Foreign Relations Committee, urged members to go to the Capitol’s secure facility to review the administration’s report. House Speaker Nancy Pelosi, a California Democrat, has requested a briefing for all House members on the bombing and Iran, according to a spokesperson.

On Sunday, President Donald Trump said the US is “locked and loaded depending on verification.”

“What does that mean?” Menendez asked.