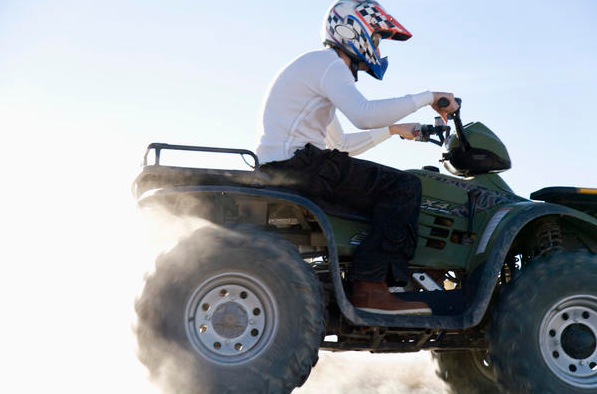 The Riverside County coroner’s office Tuesday publicly identified two teenage boys who were crushed to death when an all-terrain vehicle driven by a 13-year-old girl overturned in an open desert area west of Blythe.

The crash was reported at 11:45 a.m. Sunday on a patch of dirt south of Interstate 10 and east of Mesa Drive in the unincorporated community of Mesa Verde, according to the CHP.

Javier Castillo, 13, was pronounced dead at the scene while Eliseo Castillo, 14, was taken to Palo Verde Hospital in Blythe, where he died of his injuries in the emergency room about an hour and a half later, according to a coroner’s report. Both boys were residents of San Jacinto.

The girl at the wheel of the 2015 Polaris RZR attempted to make a left turn, which ejected the two boys, neither of whom were wearing a seat belt. They were crushed when the vehicle rolled onto them. Both girls were wearing seat belts.

Investigators said that they did not believe drugs or alcohol played a factor in the crash.