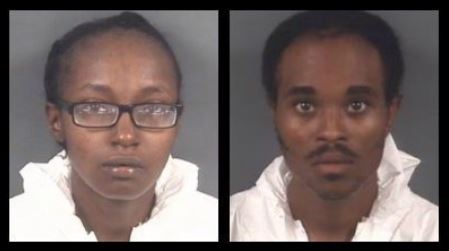 A North Carolina couple was charged with child abuse after a 7-year-old boy died, according to police.

At about 4:42 a.m. Wednesday, police responded to a report of an unresponsive person in a home on the 1500 block of Sisal Drive.

At the scene, police found 7-year-old Ethan Bates, who died at the scene.

According to arrest warrants, the boy was “covered from head to toe in bruises” and “appeared to have broken bones in his hand and foot.”

They are both being held at the Cumberland County Detention Center under a $1 million secured bond.

Police are waiting for an autopsy report to determine the child’s cause of death. More charges may come when the autopsy comes through.