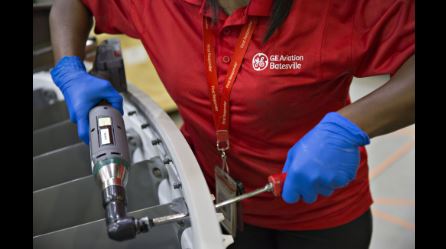 GE is freezing its pension plan for 20,000 US workers

General Electric announced Monday it will freeze its US pension plan for about 20,000 workers to help clean up the company’s beleaguered balance sheet.

Years of inattention, low interest rates and shrinking profits have left GE with one of the largest pension shortfalls in Corporate America.

GE said it will pre-fund $4 billion to $5 billion of its pension obligations for 2021 and 2022 and offer lump-sum payouts to 100,000 former employees who have not started their monthly payments yet. GE is also freezing supplementary pension benefits for about 700 employees who became executives prior to 2011. To fund the pensions through 2022, the company said it will use a portion of the $38 billion of cash it plans to raise from asset sales.

Together, the moves are aimed at slashing GE’s pension deficit by between $5 billion and $8 billion, helping reduce the struggling company’s mountain of liabilities.

The maker of light bulbs, MRI machines and jet engines said the steps will not impact GE retirees who are already collecting pensions. It also will not affect employees with production benefits.

GE closed its pension to new hires in 2012. The pension freeze for salaried workers will go into effect January 1, 2021, meaning those workers will not earn additional pension benefits, though they will keep what they have already earned.

The freeze comes as GE CEO Larry Culp is trying to urgently repair GE’s balance sheet, which is saddled with too much debt because of the company’s shrinking profits, lofty pension shortfall and poorly-timed deals. GE has slashed its dividend to a penny, laid off workers and unloaded long-held businesses.

“Returning GE to a position of strength has required us to make several difficult decisions, and today’s decision to freeze the pension is no exception,” Kevin Cox, chief human resources officer at GE, said in a statement.

GE’s pension problems are another example of how the company’s questionable spending decisions left the company in financial trouble. GE had a pension surplus of nearly $15 billion in 2001, when former CEO Jack Welch was replaced by Jeff Immelt.

As of the end of 2018, GE’s pension plans were underfunded by $22.4 billion, filings show. That’s the largest gap in dollars in the S&P 500, according to S&P Dow Jones Indices. The next-closest companies in terms of pension shortfalls are Boeing and ExxonMobil, at $15.3 billion and $12.9 billion, respectively.

On a percentage basis, GE’s pension plans were about 75% funded as of the end of last year. That’s well below the S&P 500’s 86% pension funding ratio, according to S&P. The steps announced by GE on Monday would lift its pension funding status to about 80% or higher.

Corporate pensions have been pressured by the past decade of extremely low interest rates, which forced companies to assume lower returns. Pension funds typically invest 40% or more of their assets in bonds like low-yielding government debt.

Interest rates have been driven even lower in recent quarters by the slowing global economy and central bank efforts to boost growth. That poses a risk for GE, which has large pension and insurance liabilities.

“Over the past three decades, corporations in the private sector have successfully shifted the responsibility of retirement to individuals,” Howard Silverblatt, senior index analyst at S&P Dow Jones Indices, wrote in a recent report.