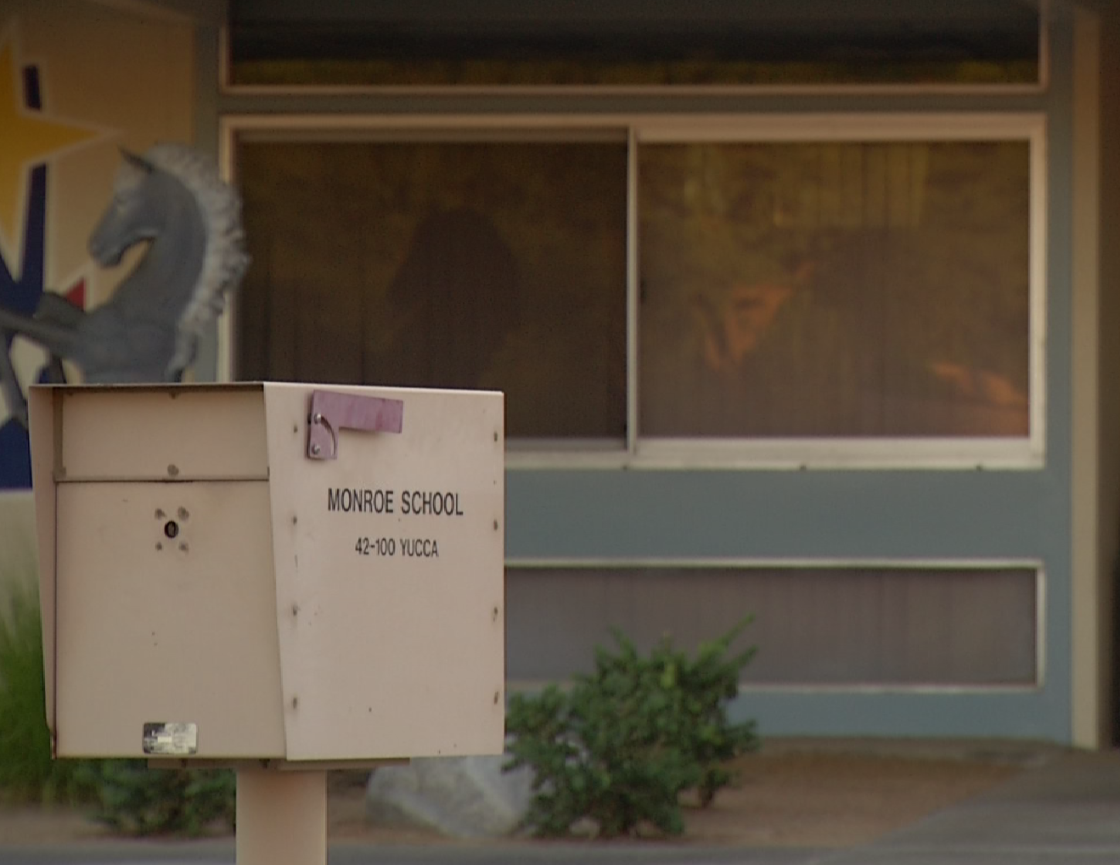 Coming off a tornado of questions and concern from parents at James Madison Elementary School, the school district might have to repeat the process again.

While it remains unclear whether Monroe is structurally sound, the outcome of this inspection could bring crowding concerns for the school district.

Kids and teachers from Madison have just made the transition to Adams Early Childhood Learning Center but if Monroe’s structure is deemed unsafe, DSUSD spokesperson Mary Perry said there’s not an answer yet as to where students will go.

“We’re working on a plan right now,” Perry said. “We should have that information within a day or two should we have to make that kind of a move.”

Crystal Pena, a mother of a second grader at Monroe, said the inspection is “nerve wracking.”

“If he has to move schools it’s going to interfere with our daily routine,” Pena said. “We already have it packed down to when we’re going to come to school and all that stuff.”

Pena has another son who is four years old and set to attend Monroe next year. If the inspections deem the buildings unsafe, Monroe might not be an option.

“We’ll have to cross that bridge when it gets there,” she said.

Perry said Monroe is the only other school on the district’s radar for inspections at this time. Information regarding the results of structural testing at Monroe will be updated on NBC Palm Springs.