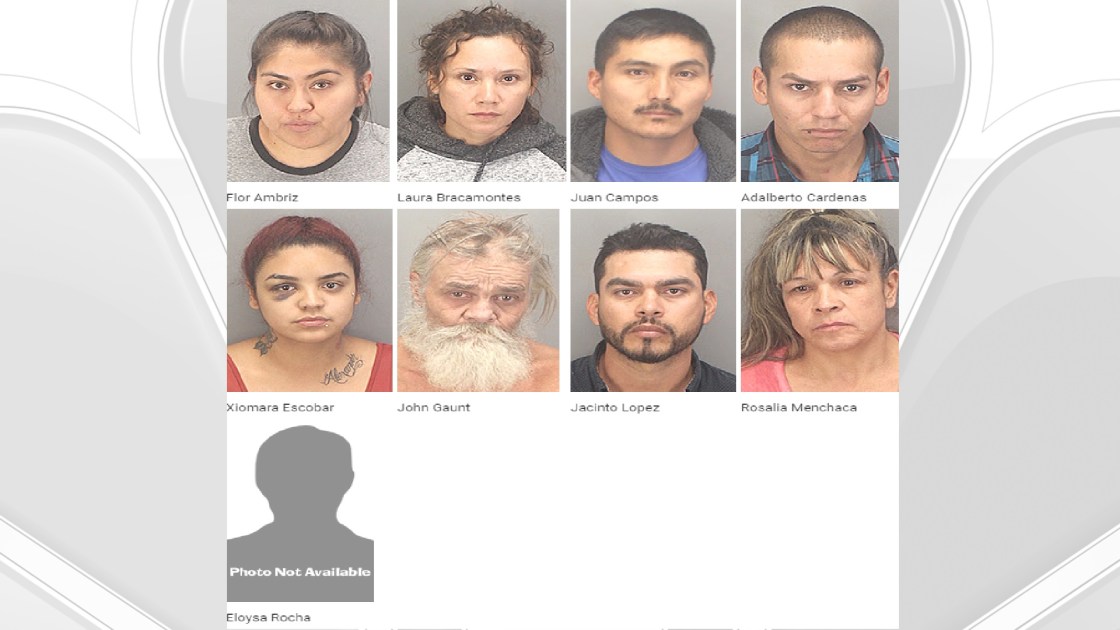 Nine people were arrested and more than 1,500 pounds of marijuana confiscated at a large grow operation in unincorporated Riverside County in the hills south of Banning, authorities said Wednesday.

Riverside County Sheriff’s deputies served two search warrants in the unincorporated area of Poppet Flats on Tuesday, where they allegedly found 1,255 marijuana plants growing both outdoors and in several greenhouses, in addition to 1,506 dried pounds.

The street value of the marijuana seized was estimated at $1 million.

Jail records show the following nine people all made bail on Tuesday: