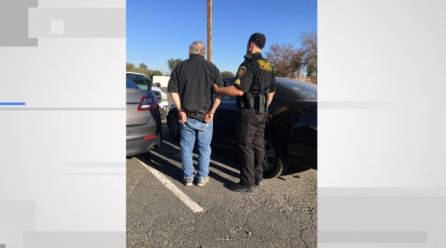 Agents from the California Department of Alcoholic Beverage Control say they arrested a Sacramento bartender Friday for giving a minor alcohol, which resulted in great bodily harm.

Officials identified the man as Kelly Woodward, who has been accused of selling and furnishing alcohol to 19-year-old Ainise Taimani.

The incident happened May 26 at the Cinch Bar on Florin Road, according to the department.

Officials say hours after Taimani was served alcohol, she was arrested for gross vehicular manslaughter and driving under the influence.

Talia grew up in Concord where he played football at Ygnacio Valley Highschool, and he was one of the leading tacklers for the University of Oregon Ducks in the 2014 and 2015 seasons.

ABC then opened a Target Responsibility for Alcohol Connected Emergencies investigation to find out who had supplied Taimani with alcohol. During their investigation, agents were able to determine Woodward sold alcohol to Taimani at the Cinch Bar.

Agents also found that Taimani had purchased alcohol at the Hollywood Market on Stockton Boulevard in Sacramento before going to the Cinch Bar.

The Cinch Bar and Hollywood Market are possibly facing disciplinary action. Possible penalties range from a suspension up to a revocation of their licenses, but a penalty has not yet been decided.