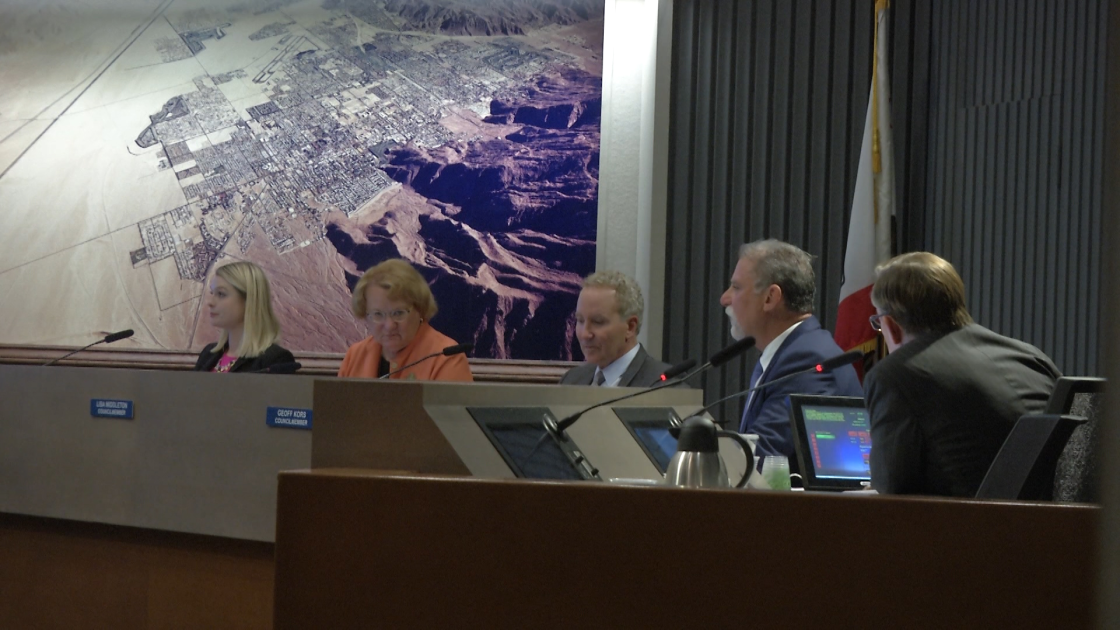 Palm Springs Elections to Change the Members within the Council

The Palm Springs Mayor, Robert Moon, and City Councilmember, J.R. Roberts will soon sign-off from their current post giving room to new candidates to represent a district within the city.

It is a full agenda for Moon and Robert’s last city council meeting on Wednesday.

Moon said, “About 1,200 hundred pages to review a couple of more times before tomorrow night.”

Moon and Roberts are not seeking re-election, part of their decision was influenced by the change into district elections where only people who live within a district can vote for a candidate to represent their neighborhood, as opposed to a candidate who represents the entire city.

Roberts said, “Our city was forced to go into a district situation and I would rather serve a whole city than just one small piece of it. “

As for the next mayor, each member of the city council will rotate each year to serve as mayor.

Moon said, “Now, four-fifths of a city won’t be involved in whoever the mayor is.”

It was a busy term for the current city council, several new redevelopment projects changed and modernized the city’s downtown.

Roberts said, “We completed our new downtown, we have a whole new downtown and we just broke ground on our new huge central park that will go with our downtown.”

One of the biggest accomplishments was regaining the people’s trust, the former Mayor Steven Pougnet and two local building developers are facing corruption indictments in a scandal that clouded the city.

“I needed to restore the integrity of the office,” Moon said. “Something that I worked very hard on in the past four years was to restore that integrity, restore the confidence of the people in Palm Springs in the office of Mayor and the entire city council.”

The current council also faced the polarizing issue of short-term rentals voters rejected a ban and the city increased its oversight.

For the incoming council, there are issues waiting to be addressed, one of them is homelessness an issue affecting the entire state, another is the lack of affordable housing.”

Roberts said, “Another major issue for the upcoming council is going to be affordable housing, ”