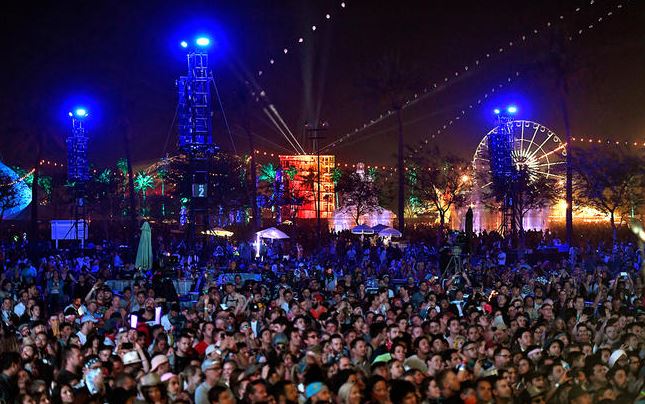 A Los Angeles woman is suing the promoter of the Coachella Valley Music & Arts Festival, claiming she suffered physical and emotional harm when a light fixture fell on her and several of her friends.

Kristin Abdel Messih, 26, suffered bruising to her body and PTSD after watching one of her friends suffer a skull fracture and other serious injuries on April 21 at the Empire Polo Grounds in Indio, according to her attorney, Edmond El Dabe.

Messih’s friend is also suing, but through a different lawyer.

“It was dark. Lights were flashing. The music was bumping and then suddenly they got struck by this thing,” the attorney told City News Service. “There was chaos.”

The negligence suit filed Monday in Los Angeles Superior Court names Anschutz Entertainment Group and several interrelated corporations, including Goldenvoice LLC, which operates the Coachella and Stagecoach musical festivals that are both held annually on the polo grounds.

Representatives of the defendants could not immediately be reached for comment.

The lawsuit filed on Messih’s behalf alleges several light fixtures were hanging unsecured off the ceiling of the tent where Messih and her friends were watching a concert on a windy day. El Dabe alleged that one of the unsecured 120-pound light fixtures fell on concertgoers without warning and struck several people.

“Even after some of the injured lay on the floor, security and emergency personnel were hard to locate,” the attorney alleged.

The lawsuit’s allegations include negligent hiring, retention, training and supervision of staff. The plaintiff is seeking unspecified damages for past and future medical expenses and loss of earnings, loss of capacity and incidental expenses.