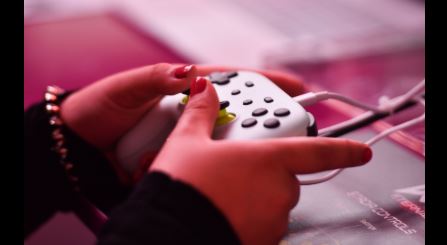 Google is targeting women with its new gaming service Stadia

Google wants to break into the hyper-competitive gaming industry in part by targeting an audience sometimes overlooked by rivals: women.

On Tuesday, Google will launch Stadia, a way to stream and play console-quality games from a web browser or a smartphone. But one of the most innovative elements — however subtle — of the new gaming service is the design of the Stadia controller.

Traditionally, gamer gear has been manly. Microsoft’s Xbox controller comes in colors like electric blue or firetruck red. Sony’s controllers are available in black as well as various shades of neon and camo. And Nvidia’s angular, black controller looks a little too much like Darth Vader’s mask.

Stadia is taking a more gender-neutral approach. Google is selling controllers that come in white, black or Wasabi green. (Nintendo, which made the Switch Lite in bright colors like turquoise and yellow, is another outlier in designing for a gaming audience that includes women as well as men.)

“Some of our historical competitors in the console space have been a bit more masculine and a bit more mechanical in their approach,” Phil Harrison, Google VP and head of Stadia, said in an interview with CNN Business.

For Google, the design decision could help its new gaming service stand out from competitors and also attract a more diverse audience. In the United States, women make up 46% of gamers, according to the Entertainment Software Association, a video game trade group. It also points to a possible secret weapon for Google as it pushes into an industry that Ernst & Young estimates will generate $152 billion in revenue in 2019.

“If Google has an advantage here versus Xbox or Playstation, it’s that it doesn’t have a pre-existing ‘gamer culture’ it has to appease,” said Laine Nooney, assistant professor and historian of video games at New York University.

Google looked at hundreds of colors and polled thousands of gamers before deciding on Wasabi. What Google found, according to its director of design Isabelle Olsson, is this color had “universal appeal.”

“Both men and women gravitated towards this color. It ended up being super gender neutral but still very expressive,” she said. “It’s really hard to find colors like that.”

It’s not just the color of the controller. A quick test of the product by CNN Business showed that the controller is slightly easier for small hands to grip than similar products put out by rivals. Google said that was intentional.

“It’s made for small and large hands so it’s super usable for a large segment of gamers that aren’t always appreciated,” said Google industrial designer Jason Pi, in a behind-the-scenes video.

If Stadia can gain traction among women gamers, it may just push competitors to follow suit.