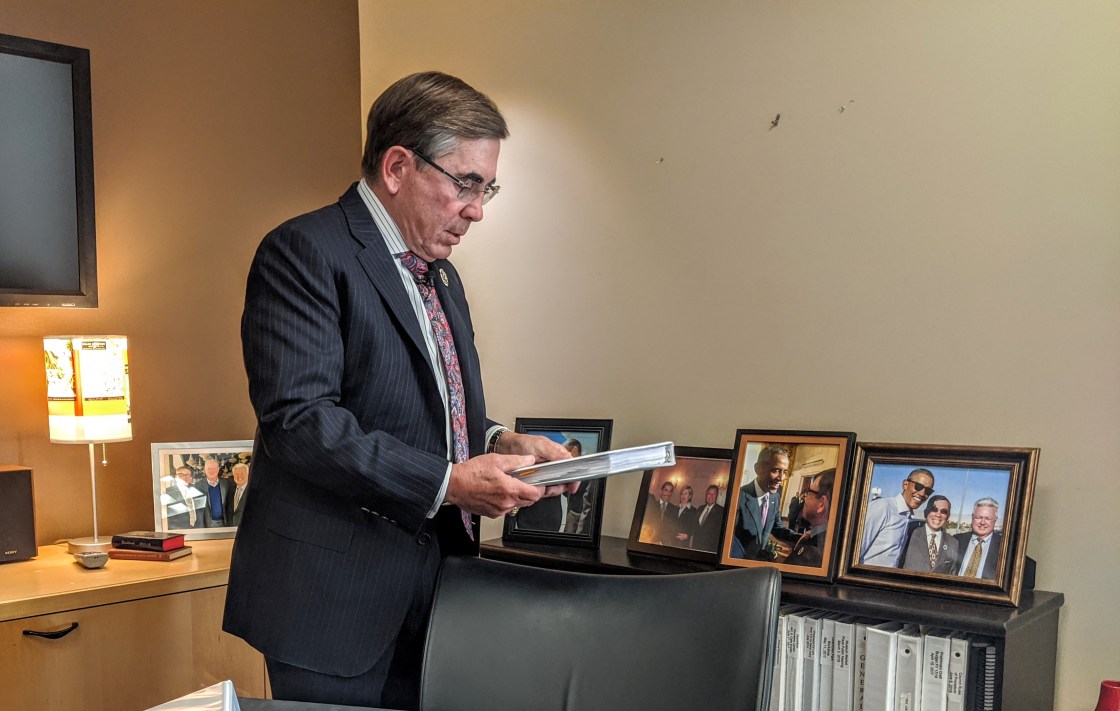 The final term for the last elected Mayor of the City of Palm Springs is quickly approaching, Mayor Robert Moon said he wishes he could stay for at least one more term, but the city’s switch into district elections changed his plans for re-election.

Mayor Moon is surrounded by piles of binders filled with previous city business, he decides what to keep and what to recycle from his time as mayor.

His term ends in early December and he will finish it as the last elected mayor of the city.

Moon said he had plans to campaign for a second term, but the city’s changes into district elections scrapped those plans. When Moon campaigned four years ago the entire city could vote to elect their mayor, now the city is split into five districts and the next mayor will be rotated within the city council each year.

Moon said, “I think if I would have run one more time city-wide, I don’t think I would have a serious problem in getting re-elected because I have worked hard and I think people recognize that.”

He counts the finished phase one of the city’s downtown as a major accomplishment for the city council.

“We had our first Veteran’s Parade and I was still mayor-elect,” Moon said. “All we could see that downtown development that was halfway done and construction had stopped, everything was up in the air.”

The downtown plans were in limbo at one point over the previous Mayor Steve Pougnet’s corruption indictments.

But he said by fay his worst day at the job was losing two Palm Springs police officers, Lesley Zerebny and Jose Gilbert Vega, both officers were murdered by a gunman while responding to a home disturbance.

Moon remembers the drive to the coroner’s office in Indio vividly.

Moon said, “The entire way, the entire way, people were lining up on the freeway, every overpass had people on it and police cars and people and waving and holding up signs, it was the most incredible expression of community, when I say community, the Coachella Valley.”

He said that sense of community and to welcome people into his favorite city will be part of what he will miss most.

Moon said, “You’re working hard you go to Alberston’s to pick up a salad for lunch or Ralphs at someplace and as you’re going through the grocery store three or four people will stop you to say ‘Mr. Mayor you’re doing a great job thank you,’ Hey! That makes all worthwhile.”