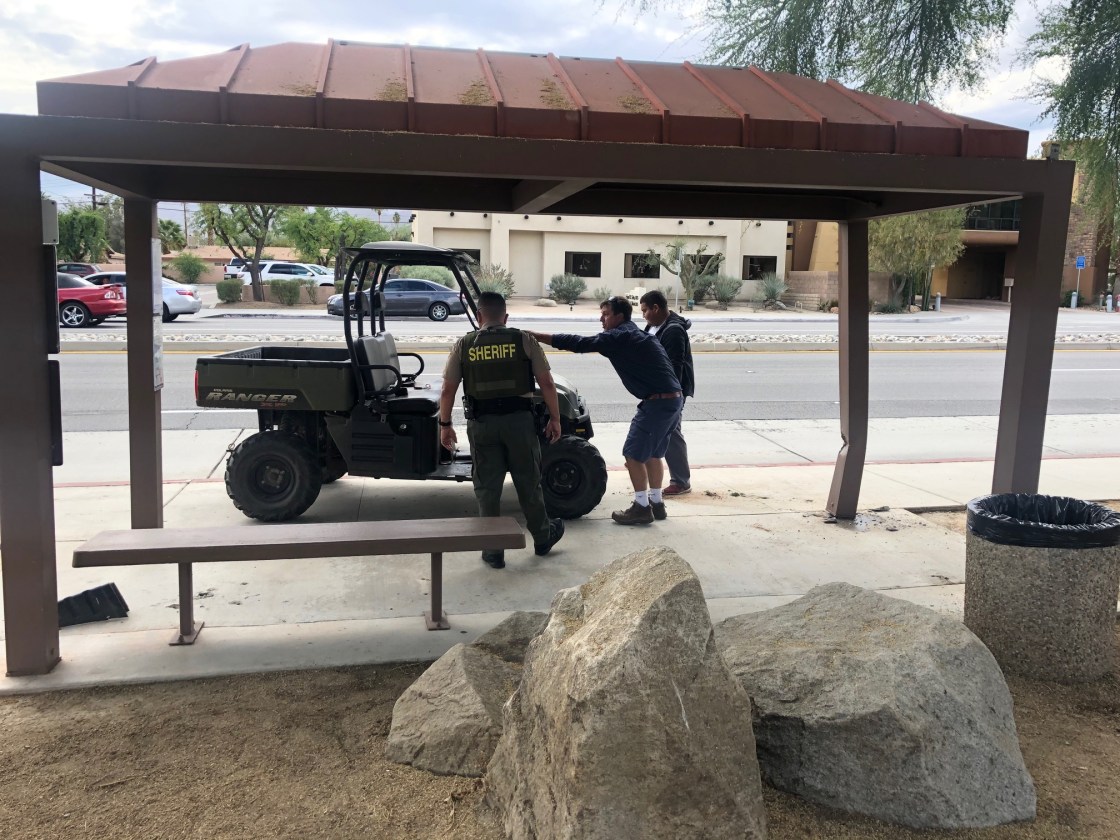 A Polaris Ranger that was reported stolen, ended up crashed into a bus stop as the occupant tried to get away from authorities in Palm Desert.

Two passengers jumped out and tried to run away on foot before being caught.

The driver then tried to allude authorities before running into the bus stop outside of College of the Desert.

The Polaris was allegedly stolen from Mollers Garden Center.

The driver of the Polaris was ejected upon contact with the pole and sustained minor injuries.