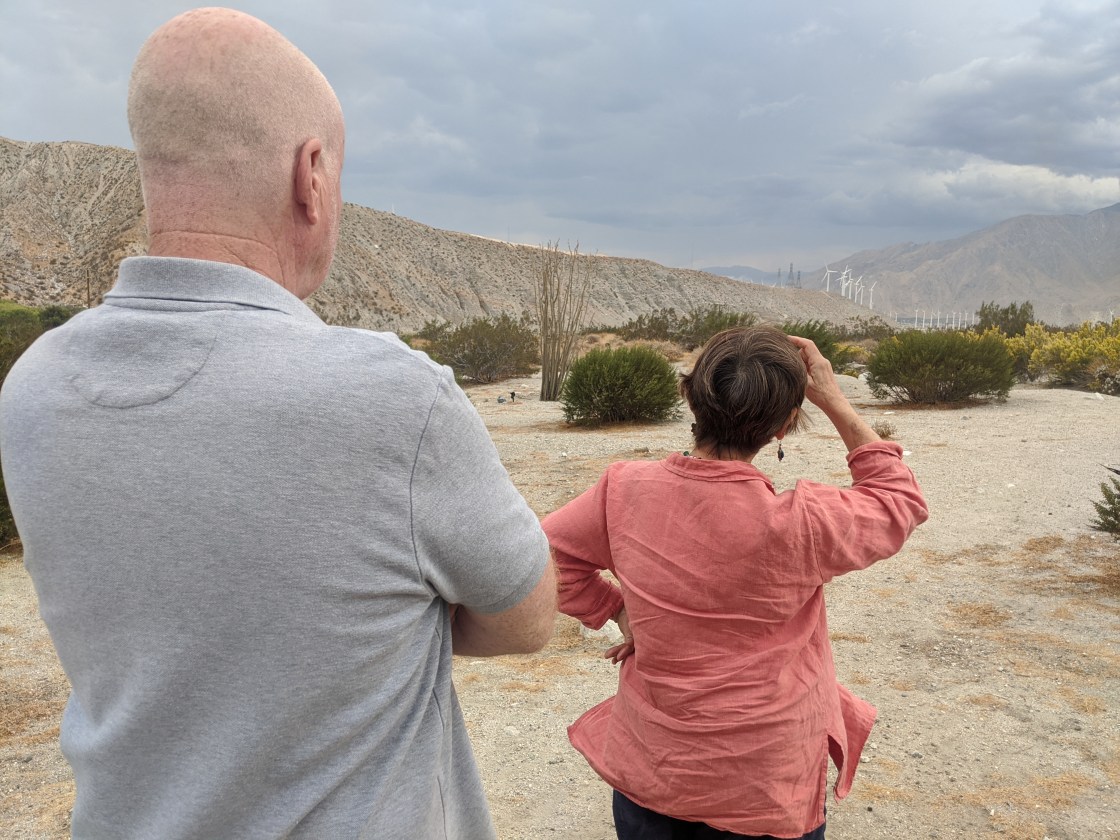 An application to the Bureau of Land Management to re-power a wind energy project is not sitting well with neighbors in Whitewater, the project would replace old turbines with new, larger and more powerful turbines but people said the natural life that surrounds Whitewater Canyon would be compromised if the proposal is approved.

More than 400 wind turbines were installed near the Whitewater Canyon in the 1980s as part of the Mesa Wind Project, the application by Brookfield Renewables would replace them with up to 11 new turbines that are almost quadruple the size of the current standing turbines.

Wayne King lives along the Whitewater Canyon, he deeply opposes the application and the 500 ft. tall proposed turbines.

The tallest wind turbines are off the I-10 near Desert Hot Springs, the two are just over 400 feet tall, a spokesperson with Brookfield Renewables said the hundreds of decaying turbines would be replaced with a handful of more efficient turbines.

“Brookfield Renewable is currently undertaking a process to repower our Mesa Wind Project. This process will result in over 400 outdated wind turbines being replaced with just under a dozen leading-edge turbines in one of this country’s, and California’s, oldest wind development corridors. Effectively, this project will take a very efficiently located renewable resource and make it even more efficient, with less turbines visible to the public, and less impact to the surrounding environment.  This repowering will advance California and the U.S. even closer to 100% carbon-free generation. As with any process like this, we value input from the public and affected stakeholders, and we look forward to sharing information about this project as we head towards its completion.”

But for locals the issue of installing turbines that are visible from the canyon has already been settled, the Whitewater Canyon is a designated scenic corridor.

King said, “Back in 1999, we reached an agreement with BLM and all the powers that be that there would never be any windmills that impact the canyon visually.”

A spokesperson with the Bureau of Land Management said the staff is reviewing the application and there are no decisions yet.

“Thank you for your interest in the proposed Mesa Wind project. The Bureau of Land Management has received an application to repower an existing wind project located in Riverside County. The BLM is currently reviewing the application and will conduct a NEPA analysis to determine next steps for the proposed project. Additional information will be publicly available as the BLM conducts environmental review.“

In the meantime, Brookfield Renewables with headquarters out of Toronto Canada said the local proposal is one of its smaller-scale projects, but for the locals who oppose it, this application is a big deal.

King said, “They have not given us a timeline and they say that they appreciate our input and that they will keep us notified as far as any progress or any environmental reports, which we were not provided any on this which is not normal and they said that they would keep us in the loop.”

The BLM staff said they will conduct an environment and it will be made public as they determine the next steps in the proposed project.