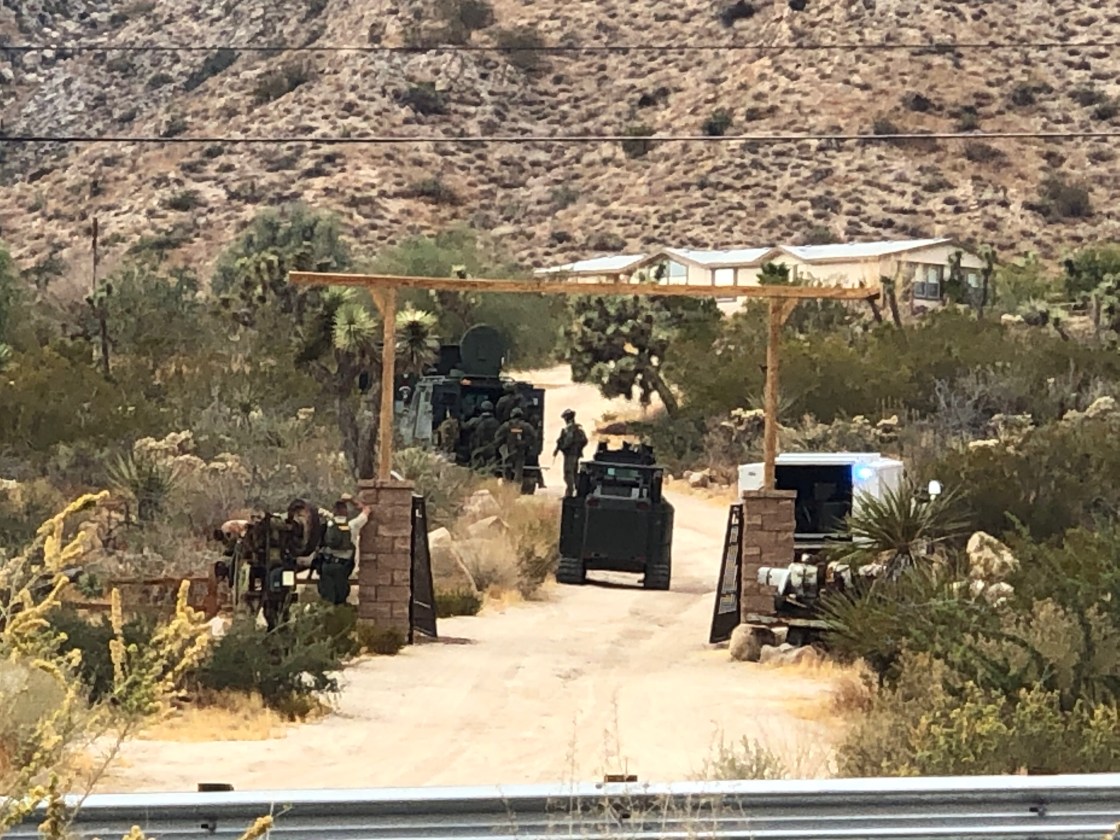 On Tuesday, at 8:16 a.m., deputies were called to a neighborhood on Cactus Flower Road for shots fired in the area.

Moments later an adult male, later identified as Jacob Cato, walked to the front of the home. Deputies made several announcements for him to comply, however he retreated into the house, and for several hours he ignored all attempts of communication.

The Specialized Enforcement Detail (SED) responded to assist with the barricaded situation and negotiations. Just before 1:30 p.m., Cato walked out of the house and pointed a gun at deputies, at which time a deputy-involved shooting occurred. Cato was injured, and medical personnel pronounced him deceased at the scene.

The Riverside County Coroner will conduct an autopsy.

Anyone with information, or anyone who witnessed the incident, is asked to contact Detective G. Moreno, Specialized Investigations Division – Homicide Detail at (909)387-3589. Callers can remain anonymous and contact WeTip at 800-78CRIME or www.wetip.com.