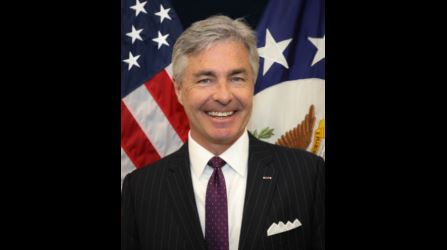 The President announced his decision to nominate Braithwaite, a retired Navy rear admiral, shortly after Defense Secretary Mark Esper forced Spencer to resign for circumventing the chain of command by working on a “secret agreement with the White House” to reinstate Navy SEAL Eddie Gallagher despite resistance from the Pentagon.

“Secretary of the Navy Richard Spencer’s services have been terminated by Secretary of Defense Mark Esper. I thank Richard for his service & commitment. Eddie will retire peacefully with all of the honors that he has earned, including his Trident Pin,” the President wrote Sunday on Twitter.

“Admiral and now Ambassador to Norway Ken Braithwaite will be nominated by me to be the new Secretary of the Navy. A man of great achievement and success, I know Ken will do an outstanding job!” he added.

While Braithwaite’s military background, diplomatic credentials and experience in legislative affairs qualify him for the role of Navy Secretary, the events that facilitated his nomination pose inherent challenges that “make it impossible for anyone to serve in that job,” according to former Navy Secretary Ray Mabus.

“He is in uncharted territory,” Mabus told CNN, referring to the hyper-politicized environment that has consumed the Pentagon and long-term damage Trump’s involvement in the Gallagher case will likely inflict on the military chain of command more broadly.

Who is Ken Braithwaite?

Braithwaite, 59, is a Michigan native who graduated from the US Naval Academy in 1984 and was the first of his class to earn a flag rank, after 21 years of military service.

A trained Naval aviator, Braithwaite flew missions tracking Soviet submarines throughout the Northern and Western Pacific Ocean regions, according to his online biography. Braithwaite later became a public affairs officer, serving in a variety of strategic communications and legislative affairs roles before leaving active service and entering the reserves in 1993.

Braithwaite deployed on several occasions while in the Navy reserves. He served in a support role for the fleet involved in the initial invasion of Iraq in 2003 and was deployed again in 2005 to assist with relief efforts following a major earthquake in Pakistan.

His final post before retiring from the reserves as a decorated rear admiral in 2011 was Vice Chief of Information for the Navy.

In addition to his military experience, Braithwaite previously worked as a senior adviser to former Pennsylvania Sen. Arlen Specter from 1997 to 2000, while Specter was in the Republican Party.

He has also spent time in the private sector as an executive for American oil and health care companies. In March 2007, Braithwaite was named Vice President of Government Affairs for Ascension Health, the largest health care system in the US, and executive director of its Delaware Valley Healthcare Council lobbying group.

Following the 2016 election, Braithwaite became a member of Trump’s transition team and was nominated by the President as ambassador to Norway, a NATO ally, in February 2018, filling a post that had been vacant for nearly two years.

During his confirmation hearing, Braithwaite emphasized the importance of reaffirming the US commitment to NATO and pledged to strengthen trade ties with Norway. But during Braithwaite’s tenure as ambassador, that effort has been at times complicated by Trump’s repeated demands that Norway, and other NATO partners, ramp up defense spending under threat of the US shifting its military presence in Europe if they do not.

NATO members committed to spend 2% of their gross domestic product on national defense at a 2014 summit in Wales, and Trump has repeatedly bemoaned that NATO allies have not fulfilled this commitment.

While some defense officials, including former Secretary of Defense James Mattis, have tried to reassure NATO allies, both publicly and privately, amid Trump’s attacks over burden sharing, Braithwaite seemed to side with the President in September when Trump criticized Norway failing to fulfill this pledge.

“Norway is both a founding member of NATO and a key member of the alliance, and is financially capable of meeting these commitments,” Braithwaite said at the time. “I have emphasized that it is important for Norway to show leadership and reach the 2% goal well before 2024.”

Can the Navy move on?

On Monday, Esper essentially said that Gallagher’s case had become so fraught that any decision about it would come in for criticism. The defense secretary said he wanted the Navy to move on.

Speaking of senior Naval officers, Esper said that no matter what they decided, “they would be criticized from many sides, which would further drag this issue on, dividing the institution. I want the SEALs and the Navy to move beyond this now and get fully focused on their warfighting mission.”

Gallagher had been convicted of bringing discredit to the armed services after posing next to a dead ISIS fighter’s body, which is against regulations. He was demoted for that offense and acquitted of a separate murder charge.

And that decision could have lasting consequences, according to Sen. Jack Reed, the top Democrat on the Senate Armed Services Committee.

“The White House’s handling of this matter erodes the basic command structure of the military and the basic function of the Uniform Code of Military Justice,” he said in a statement Monday.

“It signals to people that they can operate outside the rule of law and the Geneva Convention. Frankly, this is reminiscent of what happened leading up to Abu Ghraib, where the Bush Administration signaled that the rules don’t apply. They were wrong then and President Trump is wrong now,” he added.

Mabus, who served as Navy Secretary during the Obama administration, echoed that sentiment.

“How do you tell the force that what sets the US military apart is following the rule of law and chain of command,” he added, noting that Trump’s handling of the Gallagher case has completely undercut Braithwaite’s credibility on a core principle of the armed services. 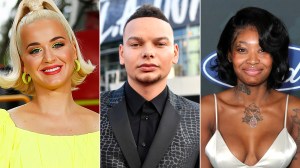