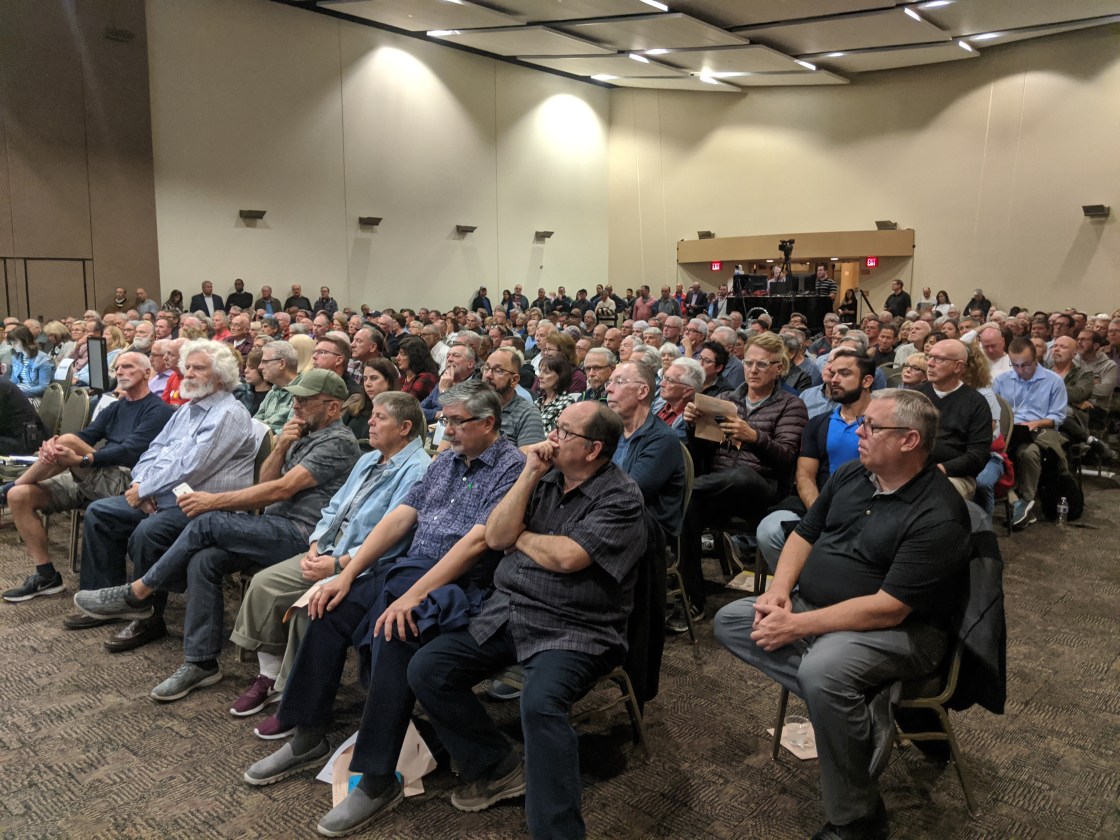 It was a full house at the Palm Springs City Council town hall to discuss plans for the Agua Caliente Tribe downtown sports and entertainment arena as neighbors weighed-in on the massive 11,000 seat structure.

The arena is projected to cost more than $200 million, it is a partnership with the Agua Caliente Tribe and the Oak View Group, the arena will be the home for a new AHL minor team as well as host about 30 concerts a year.

However, the neighbors who live near the arena have concerns over the traffic the events will draw as well as the lack of parking in the area.

The plans from the tribe show the project will have about 650 parking spaces onsight, but the city estimates the amount of parking planned for the arena is short about 1,600 spaces.

Mayor Geoff Kors said that will be the next challenge the city and its partners will need to solve.

Kors said, “We really have to focus on mitigating the consequences, the impacts to parking for our existing downtown merchants and our neighboring residents and the traffic.”

The city’s planner said the existing public parking in the downtown area is for the customers of the businesses, the report also said on-street parking is limited during peak season.

Sue Logan lives near the site for the arena, and she has concerns about the number of people that events at the arena will draw.

Logan said, “I have a lot of stake in this, security, safety, noise, there are a lot of things, it could be positive but we have to mitigate all of the negatives.”

While not all neighbors of the future arena oppose, Fred Drew also lives about a block from the site and he is all for the project.

Drew said, “I couldn’t be more excited about a professional team coming to palm springs I think the size of the arena but not only for the hockey but also for the entertainment.”

The city planner said parking will need to change in order to accommodate the arena, whether it is by adding angled parking on downtown streets or adding metered parking.

“Do they want permit parking in their neighborhoods so people can’t park and be there every night and take up their parking?” Kors said. “Do downtown merchants want time-restricted parking because otherwise from six-to-nine when we already have parking issues are those restaurants going to be empty because who’s going to come and park.”