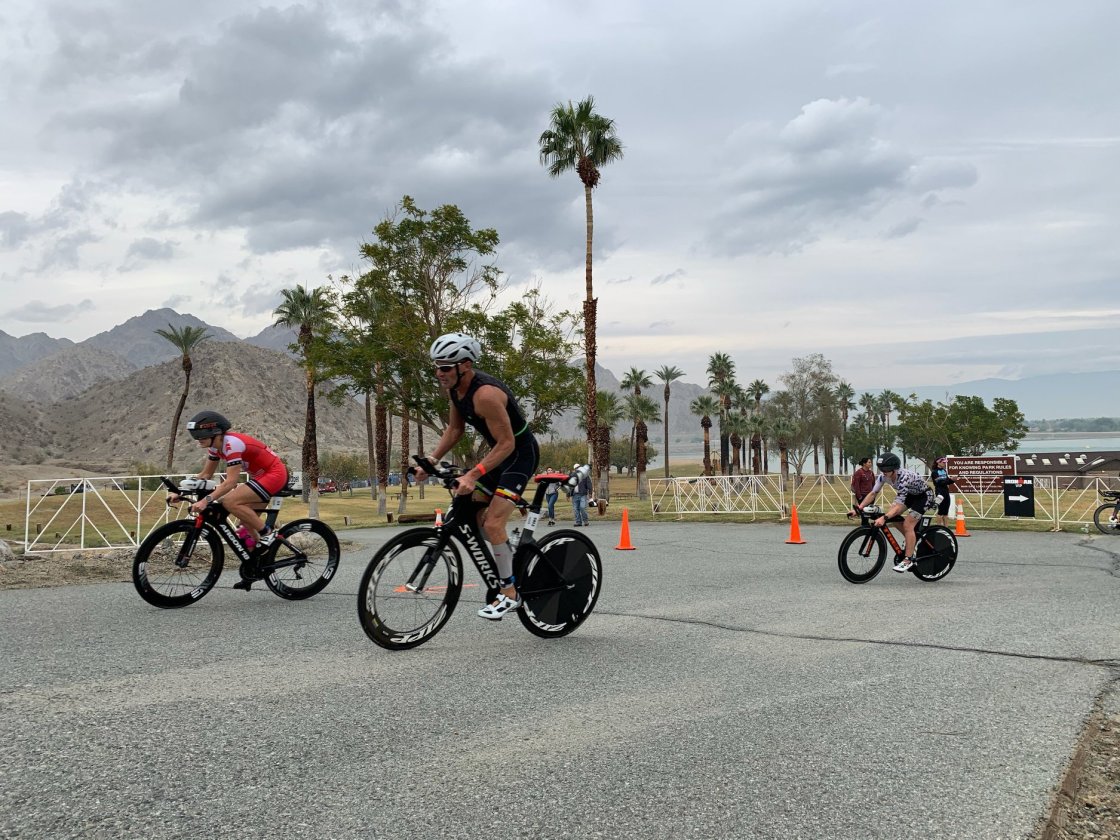 Around 3,000 athletes races in this year’s Ironman Triathlon, a large event that involves three local cities and its roads, but all eyes mostly on La Quinta coming from last year’s wave of complaints by neighbors over the heavy traffic caused by road closures.

Jamie Torres is a Management Analyst with the City of La Quinta, he said the city held several community meetings to hear input on how to make the race better for its second year.

Torres said, “The community input was very very helpful because we got first-hand experience and it helped us empathies with our residents and come up with the solution that let us have a less impactful race.”

He said for this year’s race communication between participating agencies was key, as well as changes to the route. He said maintaining most of Washington Street open helped in traffic flow, only a section on Miles Avenue was closed as part of the race.

The workers of the Fresh Juice Bar near Washington and HWY 111 noticed the difference. Nadia Nikolich said last year’s day of race commute took hours as opposed to a usual 10-minute drive.

Nikolich said, “It took me two hours to get home, from here, it was a nightmare.”

The city said the streets were opened earlier than last year, by the afternoon city workers were already lifting cones off the road.

Nikolich said business was slower at the juice bar for a Sunday, but she appreciates the changes to the route.

Nikolich said, “I feel like at least an hour or two earlier this year they opened them back, which is really nice, they should do that again.”