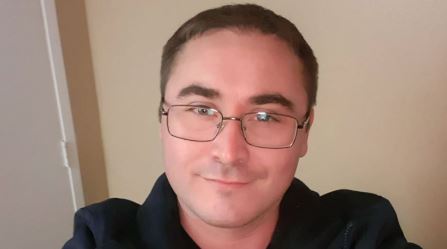 A California man was arrested after the San Diego Joint Terrorism Task Force received a report of “distressing YouTube videos threatening firearm violence,” according to a police news release.

Steven Homoki, 30, was arrested without incident at his Spring Valley, California, home on December 5 after a search warrant for his residence was executed, the release said.

Homoki’s arrest came after the San Diego Police Joint Terrorism Task Force received a tip on December 2 about online videos in which Homoki threatened gun violence, according to the release.

Authorities linked the videos to Homoki and served a warrant at his residence.

The search warrant said Homoki had 14 firearms registered in California that were purchased between February 2018 and May 2019.

According to the warrant, 12 rifles and rifle parts, two semi-automatic handguns and one revolver were found in the search of Homoki’s home, car and a shed at his house. One of the rifles was an AR-15 style rifle with a 60-round drum magazine.

The warrant references two videos in which someone in a San Diego hotel appears to be pointing weapons at pedestrians outside the hotel.

In an interview with San Diego TV station KFMB, Homoki denied any plans for a mass shooting or act of terrorism, saying the videos were purely for his own private entertainment.

“It was a curiosity, a miniature art project for myself,” he said from jail. “Just to kinda get into a mindset and just kind of booked it out for a night in a hotel, I just wanted to relax maybe do something a little bit fun and different.”

Suspect: Videos ‘blown out of proportion’

Homoki said the videos “got blown out of proportion” but conceded, “Obviously, looking back, it looks like if anybody else were to see it, it doesn’t look good.”

He said he did not mean to cause anyone any harm.

“Hopefully, they can see it the way I do, that I do not wish to cause harm to anybody, this is not an act of terrorism at all,” he said.

Lt. Shawn Takeuchi with the San Diego Police Department said the tip from the community was crucial.

“This arrest is an example of a community member coming forward with information that posed an immediate threat to San Diegans,” Takeuchi told KFMB. “The San Diego Police Department would like to thank the community for their shared efforts to keep everyone safe.”

Scott Brunner, the head of the FBI’s San Diego office, called the arrest an “extraordinary accomplishment” and commended the task force for their quick work in locating and apprehending Homoki.

“The extraordinarily swift investigative efforts put forth by the dedicated Agents and Officers of the San Diego JTTF quickly identified, located and arrested Mr. Homoki, preventing further incident,” a statement from Brunner said. “Just three days ago Mr. Homoki was an unknown poster of disturbing videos and is now behind bars, his threats neutralized.”

Homoki is scheduled to be arraigned Monday at 1:30 p.m. PST in San Diego Superior Court. CNN has not been able to determine if Homoki has legal representation.