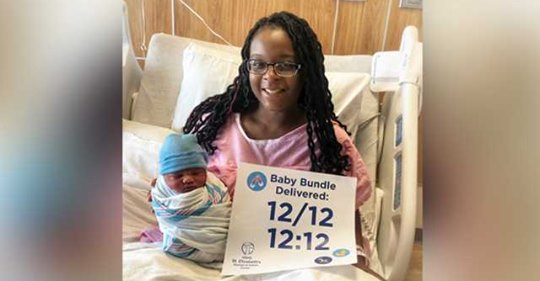 Denarrika Fisher and Charles Bell, of Belleville, Illinois, welcomed their son Denarius at the lucky time Thursday in the Women and Infants Center at HSHS St. Elizabeth’s Hospital.

According to the hospital, which is located less than 20 miles east of St. Louis, Missouri, Denarius weighed 7 pounds, 4 ounces.

“He was originally due on Dec. 30, but decided to come early for this numeric and lunar coincidence,” the hospital said in a press release.