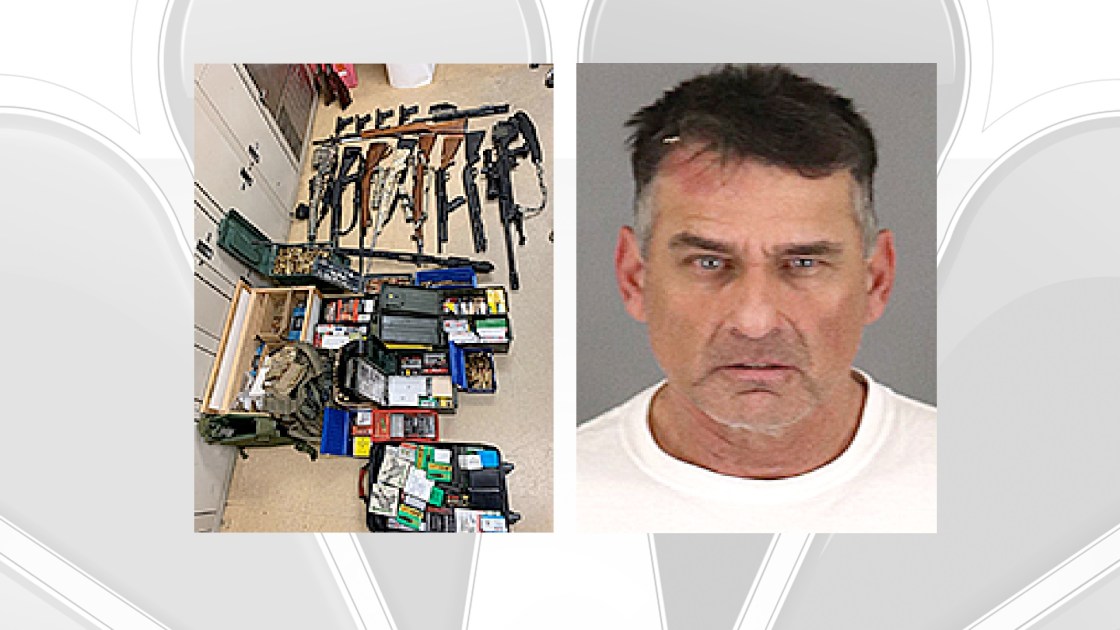 A Menifee man, who was allegedly caught with homemade explosive devices and a cache of weapons after sheriff’s deputies went to his home to investigate a report of domestic violence, posted bail Wednesday and was released from custody.

Timothy Rarick, 56, was arrested Tuesday on suspicion of making terrorist threats and domestic abuse. He posted a $50,000 bond and was let out of the Southwest Detention Center in Murrieta Wednesday morning.

According to Riverside County sheriff’s Michael Hamilton, deputies were sent to Rarick’s house in the 28000 block of Richfield Circle, just east of Menifee Road, about 5:30 a.m. Tuesday to investigate an alleged spousal assault.

Hamilton said deputies confirmed there was a restraining order against the suspect, making it illegal for him to have firearms in his possession. The sergeant said that during a search of the property, “seven improvised explosive devices … 15 guns and several thousand rounds of ammunition” were seized, and Rarick was taken into custody without a struggle.

The status of the alleged victim, who was not identified, was not disclosed.