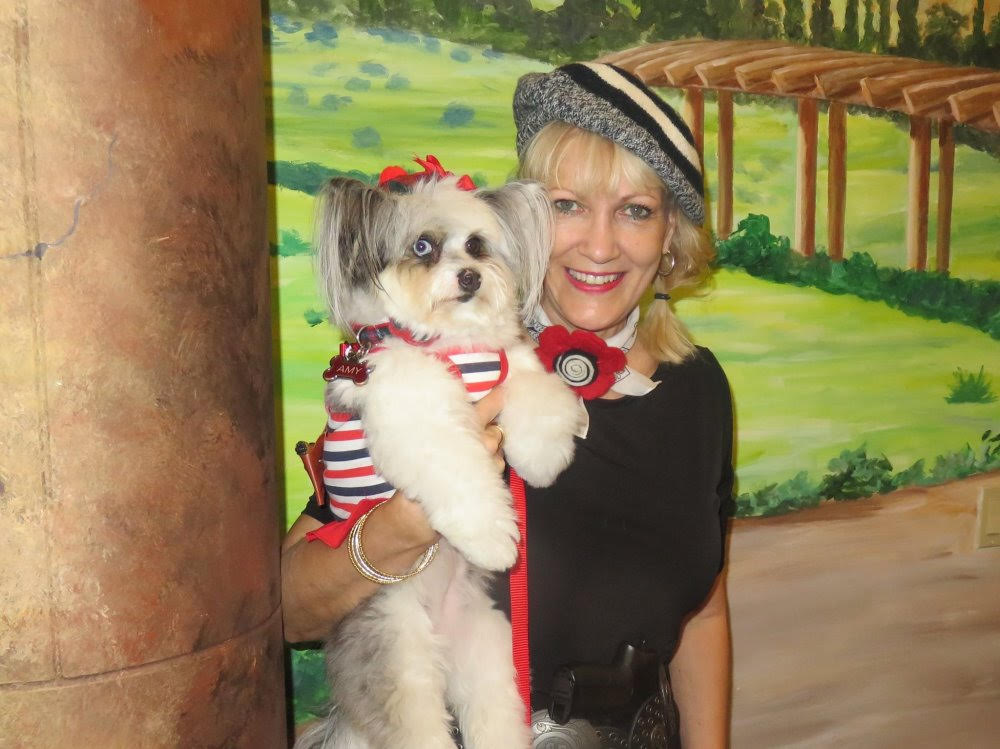 A local woman is still grieving the loss of her pet dog ‘Amy’ after her small puppy-mill rescue was brutally mauled by a pack of coyotes in her own backyard, she shares her story in hopes to prevent another tragedy.

DeAnn Lubell said she found Amy when she needed her the most, her pet helped her get through the loss of her husband.

Lubell said, “My late husband passed away from cancer and I can honestly say that that funny little face with that cute little personality and when I was feeling my lowest of lows would do something and would bring a smile to my face.”

Lubell recently moved to Yucca Valley, she was aware of coyote sightings in her new neighborhood so she contracted an expert to fence her backyard, she also kept boat horns near and even sprayed her yard with wolf urine.

However, the predator instinct of coyotes overcame the obstacles and on a sunny Sunday, three coyotes trespassed into her yard.

Lubell said, “My eyes went up and that’s when I saw these three huge standing over the lifeless body of my Amy.”

She said everything happened in a matter of seconds, she said the dogs were left alone in the yard for not even a minute.

The news of Amy’s death quickly spread beyond the Coachella Valley, but Lubell was shocked to see the number of people who wrote to her telling her they also lost a pet to a coyote attack. The messages came from people in Laguna Beach, Thousand Oaks and a person who lives next to Disneyland who said a coyote also killed their pet.

Lubell said, “There are many of us who don’t understand how dangerous and how swift these creatures are.”.

The Riverside County Animal Services Department does not keep track of the number of coyote vs. pet attacks. Lubell said these types of attacks should be tracked in order to put more resources into preventing them.

After this tragic loss, Lubell also realized the need for more 24/7 emergency animal hospitals within the region. On Sunday when Amy was attacked, only one emergency clinic was open and it was about 50 miles away from her home.

Lubell said, “So if there’s a chance of saving your pet, it could be done.”

Lubell plans on beginning a support group in honor of Amy, she said the group will welcome people who have lost a pet in order to overcome the pain with the help of the community.