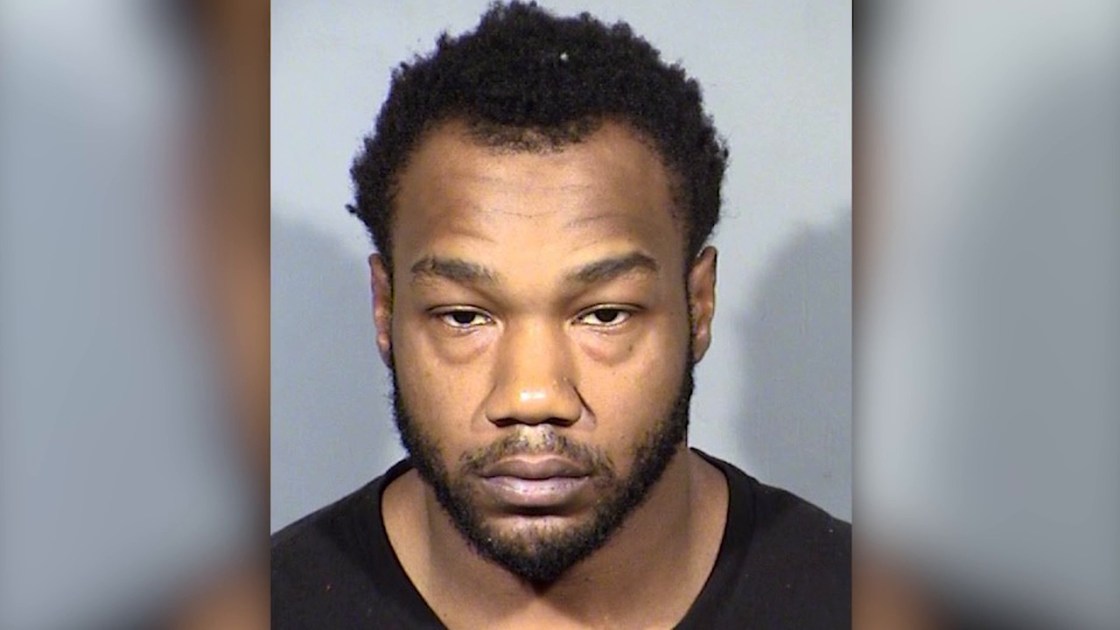 A 23-year-old man was arrested in connection with a Las Vegas kidnapping that was captured on home surveillance video, police said Thursday.

The suspect was identified by Las Vegas Metropolitan Police as Darnell Rodgers, who faces charges including kidnapping and domestic battery.

Police said in a statement that “tips provided by the public” led detectives to the woman and the suspect. No further information was released on the victim or her condition.

In the surveillance video, a woman runs up to a house and bangs on the door. Seconds later, a man jumps out of a white sedan and sprints up to her. He throws her to the ground and kicks her in the stomach as she tumbles down the home’s front steps.

“Why would you do that?” he yells.

“Stop, stop, please,” she sobs as he hauls her away by the hair and drags her to the car.

The incident occurred at 12:48 a.m. on January 1, according to a Las Vegas police press release.

Rodgers was booked into the Clark County Detention Center, according to jail records. His first court appearance is Friday. It’s unknown if he has an attorney.