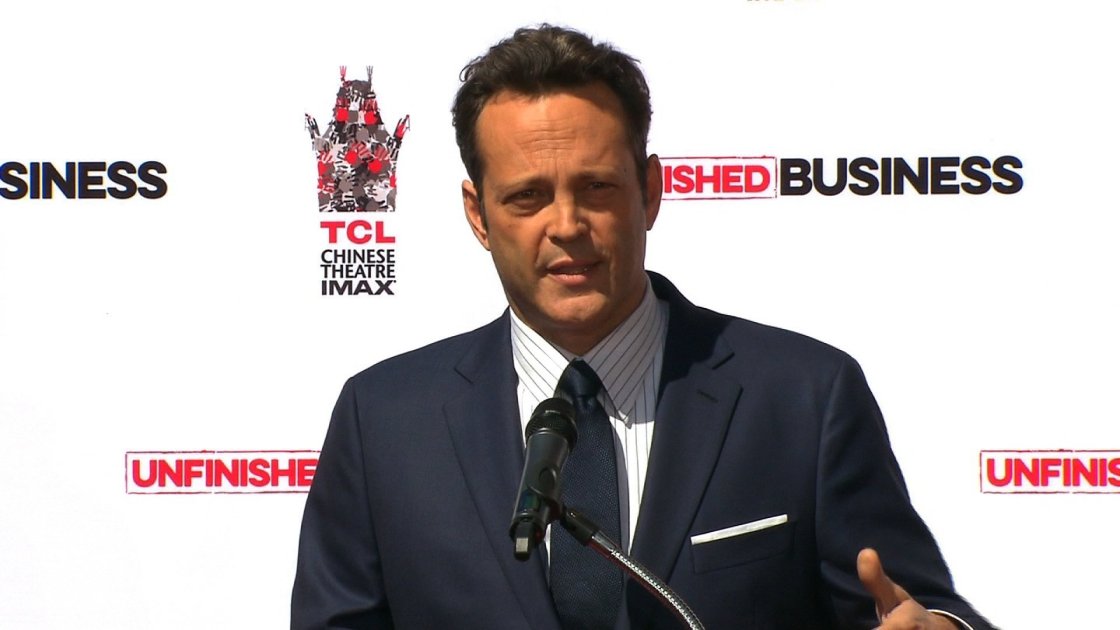 Vince Vaughn may want to give Ellen DeGeneres a call.

Like DeGeneres, the actor is being criticized for chatting up a president at a sporting event.

A brief video of Vaughn chatting with President Donald Trump and first lady Melania Trump during the college football playoff national championship game Monday in New Orleans, Louisiana, has stirred up the Twitterverse.

“I’m very sorry to have to share this video with you,” former Deadspin writer and editor Timothy Burke tweeted. “All of it, every part of it.”

In the 31-second video, Vaughn is seen talking to the first couple while fans sing the Neil Diamond song, “Sweet Caroline.”

The actor shakes the president’s hand, before getting up to leave and Trump appears to gesture at Vaughn’s lanyard.

“Woke up to see Vince Vaughn getting cancelled. I didn’t have the slightest idea who that was, but he’s spotted with Donald Trump, so, give me a location and ill bring snacks to the #VinceVaughnisOverParty,” one user wrote.

Others found it extreme to criticize Vaughn for simply having a conversation.

“Actor Vince Vaughn filmed here having a civil chat with the President of the United States … Outrageous! Clearly, Mr Vaughn must now be cancelled. Seriously, the culture these people are creating is toxic,” another user tweeted.

The backlash was reminiscent of DeGeneres receiving heat after hanging out with former President George W. Bush at a Dallas Cowboys football game in October.

She defended the interaction on her daytime talk show.

“But just because I don’t agree with someone on everything doesn’t mean that I’m not going to be friends with them,” she said. “When I say, ‘be kind to one another,’ I don’t only mean the people that think the same way that you do. I mean be kind to everyone.”

For the record, the LSU defeated the Clemson 42-25 in the championship game.