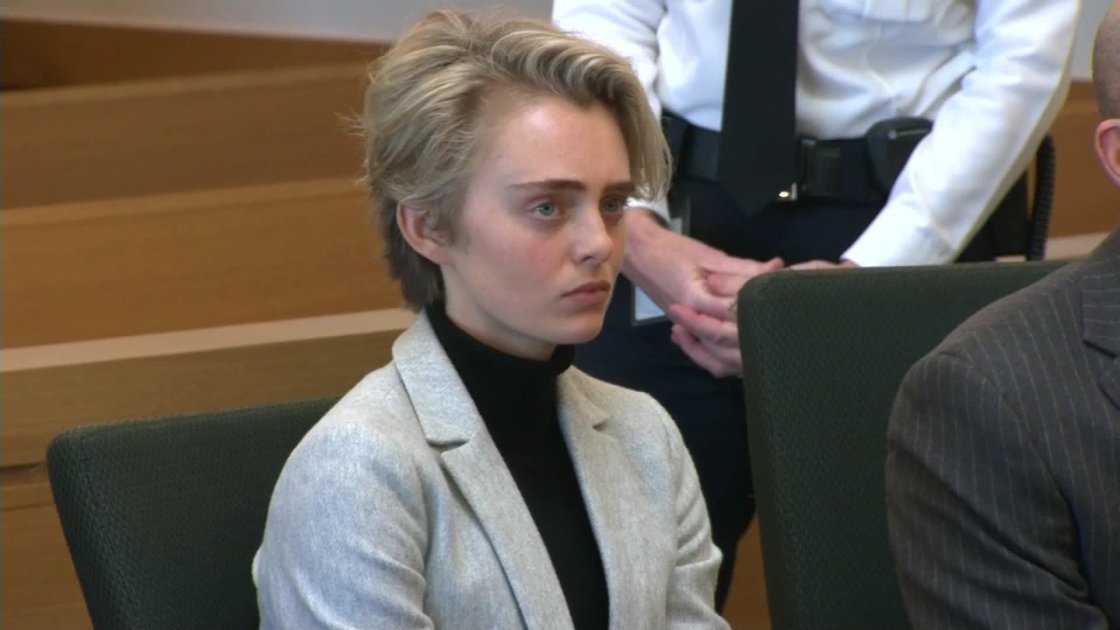 Michelle Carter, the Massachusetts woman convicted of involuntary manslaughter for persuading her boyfriend to kill himself, was released from prison Thursday, months ahead of schedule due to good behavior.

Carter, now 23, began serving a 15-month sentence in February, but she earned time off her sentence for good behavior, according to Jonathan Darling, spokesman at the Bristol County Sheriff’s Office.

“Ms. Carter has been a model inmate here at the Bristol County House of Corrections. She has participated in a variety of programs, held a job inside the jail, has been polite to our staff and volunteers, has gotten along with the other inmates, and we’ve had no discipline issues with her whatsoever,” Darling said.

She left the Bristol County House of Correction at about 9:30 a.m., video from CNN affiliate WHDH shows. Wearing a black turtleneck, a light blazer and black pants — the same outfit she wore the day she was sentenced — Carter walked off prison grounds surrounded by guards and got into a waiting SUV.

Carter’s release ends a saga that began when Conrad Roy III, 18, killed himself in July 2014. Investigators discovered scores of text messages from Carter in which she, according to prosecutors, berated Roy and encouraged him to go through with the suicide, even after he expressed hesitation.

“I thought you wanted to do this. The time is right and you’re ready, you just need to do it! You can’t keep living this way,” she wrote in one exchange.

The case drew widespread attention for its focus on teenage suicide, digital romance, and the legal gray area of whether someone can be convicted for another person’s suicide.

Carter was a ‘model inmate’

“When we say model inmate we talk about involvement in programs, no disciplinary issues, and she met that criteria for all of us,” he said.

Carter did have cellmates, although not initially, and she really liked gardening, Hodgson said. The staff who interacted with her reported that “she was very interested in getting into as many programs as she possibly could and she did,” he said.

“I will continue to honor my son every day, keeping his spirit in my memory, and to find ways to help others who may be experiencing what I have experienced,” she said. “From the bottom of my heart, I want to thank everyone who has supported my family over the last 5 years. And now, it is time to turn the page to a new chapter in our lives.”

At her trial, prosecutors said Carter listened over the phone as Conrad Roy suffocated from carbon monoxide inhalation in his pickup truck, and they said she did not tell his parents or authorities when he died. Her defense attorneys said that Carter was a troubled and delusional young woman and that Roy had long been intent on killing himself.

“The evidence actually established that Conrad Roy caused his own death by his physical actions and by his own thoughts,” defense attorney Joseph Cataldo said. “You’re dealing with an individual who wanted to take his own life. … He dragged Michelle Carter into this.”

Carter was tried as a juvenile and found guilty in 2017. Her attorneys appealed the conviction and argued that her texts and words were a form of speech protected by the First Amendment.

But a Massachusetts appeals court rejected those arguments, saying she “helped plan how, where, and when” her boyfriend would kill himself, “downplayed his fears about how his suicide would affect his family” and “repeatedly chastised him for his indecision,” the judges found.

Last week, the US Supreme Court said it would not take up her case for review.

The last week’s events have given the Roy family a sense of closure, said Rebecca Maki, Roy’s aunt and a spokeswoman for the family.

“With the Supreme Court last week declining to hear the appeal and Michelle being released this week it does bring a sense of closure knowing that we aren’t going to have to go through any other appeals,” the family said in a statement.

“We are disappointed Michelle is being released early and not fulfilling her complete prison sentence but we understand that is the normal process for someone with good behavior. With that said, we don’t consider her a ‘good girl.'”