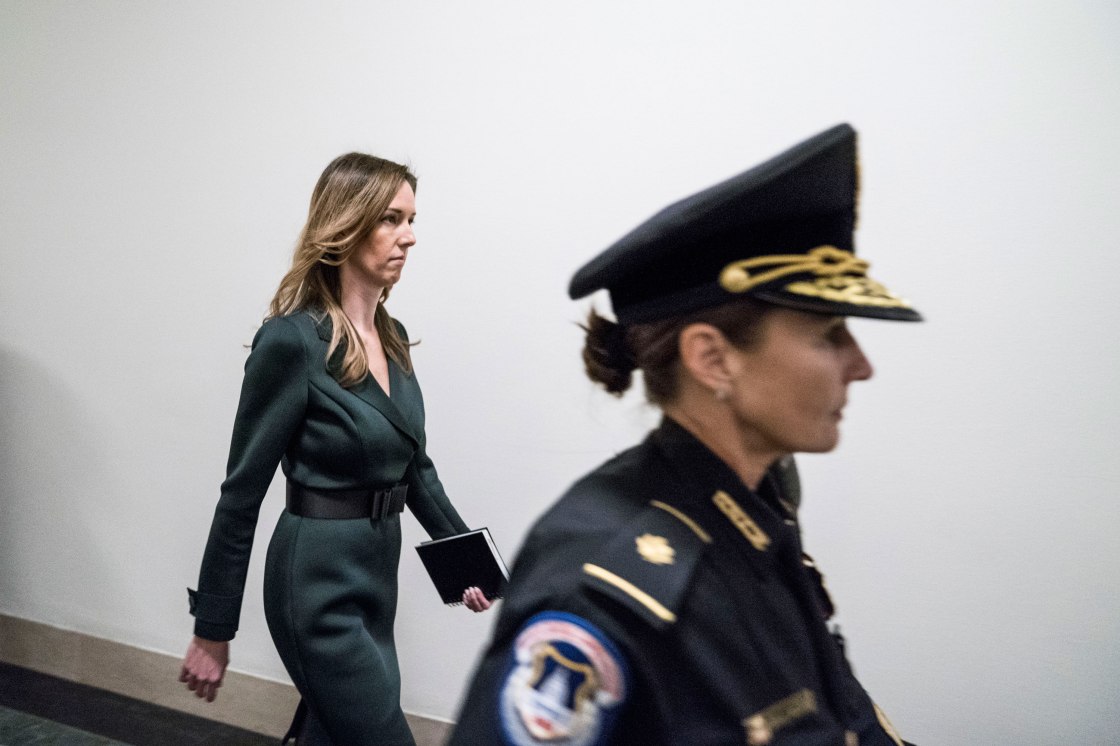 There’s a new fight about evidence brewing on the sidelines of President Donald Trump’s impeachment trial.

Shortly before impeachment proceedings wrapped up Wednesday, Chief Justice John Roberts disclosed that the House managers submitted a “one-page classified document” that senators could review in a classified setting, but not release to the public.

The chief justice was referring to testimony from Jennifer Williams, an aide to Vice President Mike Pence who gave House investigators new details about Pence’s contacts with Ukrainians. Democrats say there’s more to learn from her testimony, but it isn’t public yet.

She gave a private deposition and later testified in public during the House inquiry. House Democrats announced in December that Williams later provided even more testimony about one of Pence’s phone calls with Ukrainian President Volodymyr Zelensky.

But they said the new information couldn’t be revealed because Pence’s office wouldn’t declassify the material.

“I’ve read that testimony,” Democratic House manager Zoe Lofgren said Wednesday on the Senate floor. “I’ll just say that a cover-up is not a proper reason to classify a document.”

Lofgren and other Democrats have accused Pence’s office of keeping the information classified because it would be damaging to the President — not because it is a legitimate state secret. The Democrats on Wednesday renewed their calls for the White House to declassify the material.

“And again, in case the White House needs a reminder, it’s improper to keep something classified just to avoid embarrassment or to conceal wrongdoing,” said Lofgren, a California Democrat.

Pence has previously said he has “no objection” to releasing the transcripts of his calls, but it hasn’t happened.

Democrats have complained that Trump is blocking the Williams testimony, and thousands of other subpoenaed documents from executive departments, to prevent the public from seeing evidence of his wrongdoing. One of the two articles of impeachment passed by the House charges Trump with obstruction of Congress.

Senate Minority Leader Chuck Schumer has led the charge for the Senate to call additional witnesses and subpoena new documents. He said Thursday that he read the classified testimony and doesn’t know why it needs to be classified. He declined to comment further.

Asked why the Trump administration is not declassifying the Williams testimony, Trump’s personal attorney Jay Sekulow said he would not comment on “national security” matters.

Trump released transcripts of his two phone calls with Zelensky, including a July call where Trump pressed the Ukrainian leader to investigate his domestic political opponents, including former Vice President Joe Biden, a leading rival in the 2020 election.

Democrats say that July call is the “smoking gun” in Trump’s impeachment case. Trump has maintained that the conversation was a “perfect call” and that he didn’t do anything wrong. There has been no evidence of wrong doing by Joe Biden or his son.

Pence has denied ever talking to Zelensky about any investigations into Biden, and that he didn’t know about any pressure campaign to extract political favors from the Ukrainian government. Pence’s office issued these denials even though US Ambassador to the European Union Gordon Sondland testified that Pence was “in the loop” for at least some parts of the plan.