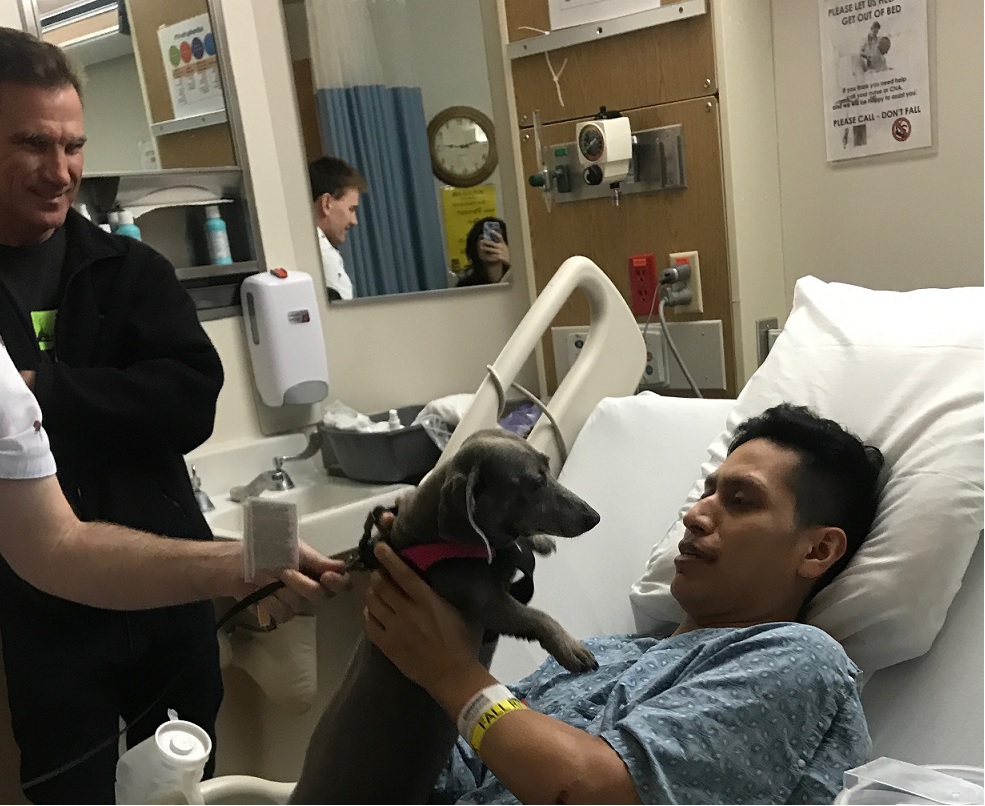 Police are asking for help in solving a horrific crime that left a Palm Springs tourist hospitalized and his partner seeking answers.

It was at Toucans night club, the night of December 31st,  Hector Beleche and his partner, Jeffrey Billinger were celebrating the last night of 2019. Little did Hector know then, it would also be nearly the last night of his life.

Shortly after midnight, Hector’s partner, Jeffrey returned to the Zoso hotel where the Hollywood Hills couple was staying to take their dogs for a walk.  He left Hector at the nightclub. When Hector didn’t return to the hotel by 4:00AM,  his partner became concerned.

Billinger wondered, “Did somebody abduct him? Did he get hurt?”

Eventually, Billinger discovered Hector was in the emergency room at Desert Regional Hospital, clinging to life, his body mangled.

Billinger recalls, “They opened the curtain. He was on a ventilator and life support. And I passed out.”

I thought oh my god, this may be the last time I see him.”

It was then that Bellinger learned his partner of 14-years had been struck by a speeding hit and run vehicle on North Palm Canyon Drive just after he walked out of Toucans.

With his partner now in a coma, Billinger returned to the scene where he found a piece of the car that broke off after mowing Hector down. On that piece was a part number. A Google search determined the car was a Mazda Miata, 2016-2018. Jeffrey gave the information to the police.

Billinger also tried to see if surveillance cameras at Toucans or nearby businesses may have captured images of the suspect vehicle.  But nothing significant was found.

Now, his search for the suspect has turned frustrating and he blames Palm Springs police in part for failing to do what he feels is necessary to find the suspect.

Police say it was very dark at the scene and they could have missed some crucial evidence there. Furthermore, they admit they waited three weeks before putting out information about the crime and the suspect vehicle and did so only after Billinger contacted city officials and the news media.

Police say they are working on a couple of possible leads but need help from the public.

As for Hector, he is still hospitalized now in a rehabilitation facility in Century City. He is out of a coma and will survive, though the long term effects of the accident aren t yet known.

And while Hector concentrates on mending his broken body, Billinger continues to hold out hopes that someone who sees this will come forward and provide the information needed to make sure the driver who struck and nearly killed an innocent vacationer in Palm Springs faces the justice he deserves.