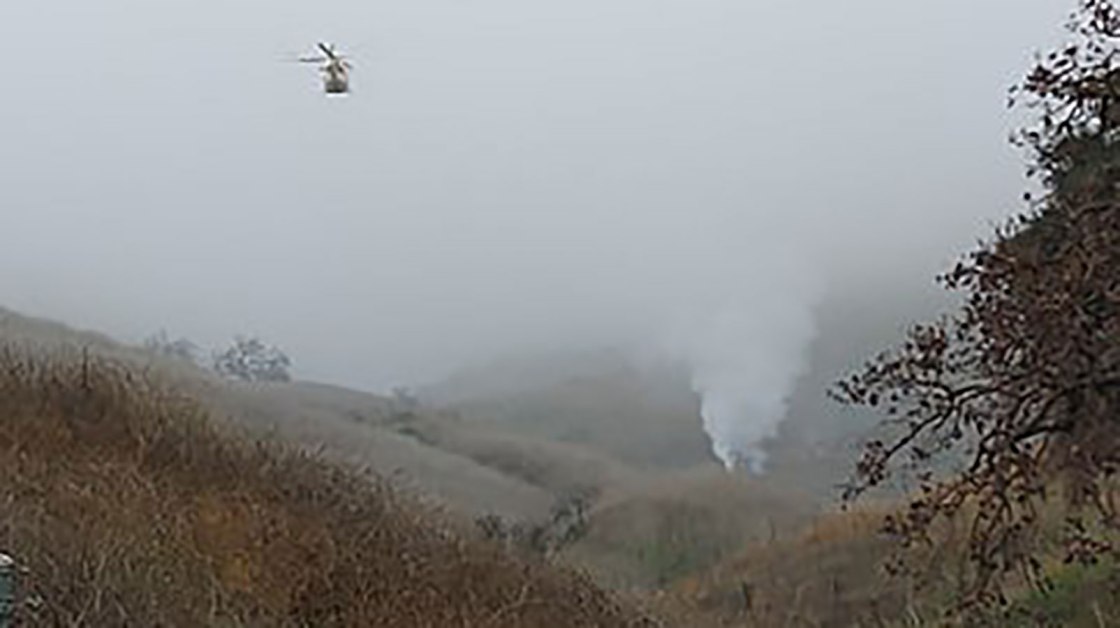 Many questions remain about the crash that killed NBA legend Kobe Bryant and nine others on Sunday, January 26. NBC Palm Springs spoke with aviation expert Ivan Arnold about the chartered helicopter.

Video from VASAviation shows Bryant’s helicopter, a Sikorsky S-76B, flying from Santa Ana. It was transitioning to the west of Van Nuys along the 101 freeway in very marginal weather when it suddenly crashed in the area of Calibasas.

“There’s nothing that says you can’t go up,” Arnold said. “You’re trained to not go up.”

According to witnesses, fog filled the air in Calibasas.

“When you lose your situational awareness, when you think you’re going somewhere then you’re not and you’re going 185 miles per hour and you’re doing it into a low fog bank, things go bad very, very quickly,” he said.

The conditions caused a delay from the beginning which can be seen in the VASAviation video.

“For 15 minutes, if you look at that video, you see him taking turn after turn after turn while they’re trying to figure out when they’re going to get him in through the class air space,” Arnold said.

Fire crews were dispatched to the scene soon after the impact into the hillside.

“Kobe and his family had flown with Island Express hundreds of times before without incident and I’m sure that the pilot had gotten himself into situations like that before and had pulled out of it but it was just a culmination of things happening so fast that led to this tragedy.” Arnold said.

The pilot, Ara Zobayan, who was killed in the crash was a skilled instructor who had flown Kobe and his family in the past.