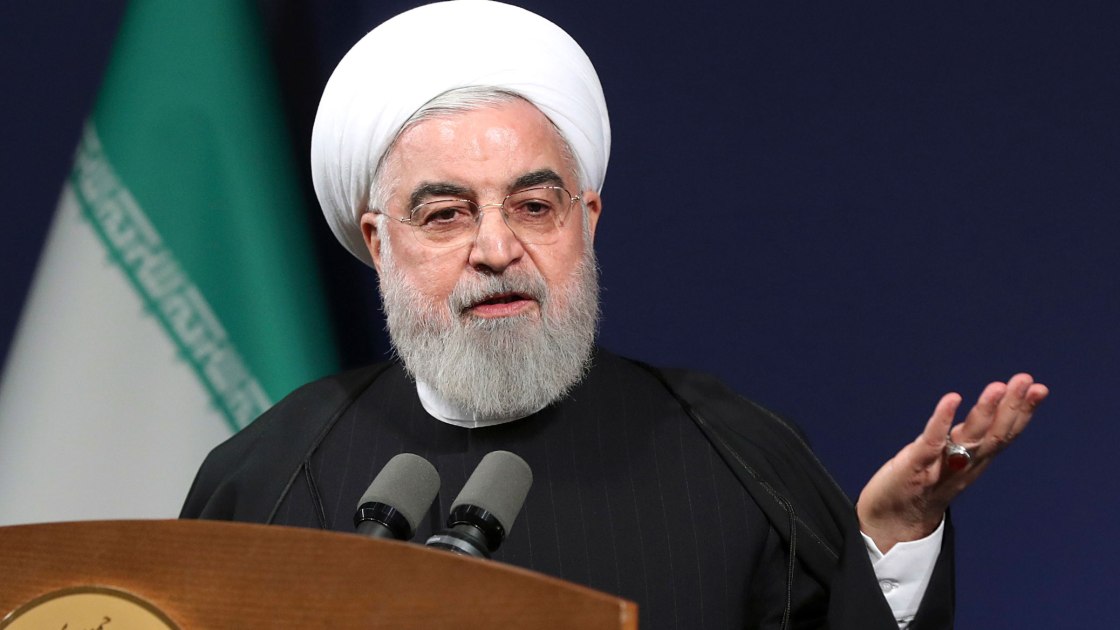 The House voted on Thursday to approve a pair of measures intended to rein in President Donald Trump’s ability to take military action against Iran, the latest effort by Democrats to reassert congressional authority amid simmering tensions with the country in the wake of a US strike that killed a top Iranian general.

The White House has threatened to veto both measures, and their fate in the Republican-controlled Senate is unclear.

The first measure was sponsored by Democratic Rep. Ro Khanna of California and would prohibit funds for military offensive attacks against or in Iran without congressional authorization.

The vote was 228-175, largely along party lines, with four Republicans voting in favor: Thomas Massie of Kentucky, Matt Gaetz of Florida, Trey Hollingsworth of Indiana and Warren Davidson of Ohio.

When Khanna’s bill came to a vote last year, 27 Republicans voted for it. The notable shift in GOP support has to do not only with the administration’s stance on the issue, Republicans say, but also the Democratic leadership’s decision to bring it forward as an amendment to an unrelated bill in order to shut down the opportunity for Republicans to offer an amendment.

“This is a sham. You’re using a commemorative coin bill on the floor of the House so we cannot debate the merits of this constitutional question. That is a shame. And just on that basis alone I vote no,” Rep. Tom Reed, R-New York, who supported Khanna’s effort last year, said before Thursday’s vote.

The other measure that passed on Thursday by a vote of 236-166 was sponsored by Democratic Rep. Barbara Lee of California, which would repeal the 2002 authorization for the use of military force in Iraq. Democrats have argued the Trump administration has used it without justification as cover to escalate hostilities with Iran.

Some administration officials have cited the 2002 authorization for the use of military force as the legal authority used in the strike against Iranian Gen. Qasem Soleimani, including White House national security adviser Robert O’Brien, who said the attack was “fully authorized under the 2002 AUMF.” Defense Secretary Mark Esper has instead cited Article II of the Constitution as the authority underpinning the strike.

“The best time to vote against the Iraq War would have been in 2002. And the second-best time is today,” Gaetz said in remarks on the House floor shortly before the vote.

On Wednesday, Trump seemed to differ with the administration’s statement, however, urging members to instead vote their conscience. Davidson, an Ohio Republican who supported both measures on Thursday, told CNN he was “encouraged yesterday when the President said vote your heart.”

In an apparent reference to the measure on the 2002 authorization for the use of military force, however, Trump tweeted on Wednesday that he wants “everyone, Republican and Democrat, to vote their HEART!”

Later in the day on Wednesday, however, the President tweeted, “Nancy Pelosi wants Congress to take away authority Presidents use to stand up to other countries and defend AMERICANS. Stand with your Commander in Chiefs!”

Votes on the two measures to rein in the President come after the House voted earlier this month to approve a war powers resolution aimed at restraining Trump’s ability to take military action against Iran without congressional approval. The Senate is expected to take up an Iran war powers resolution sponsored by Democratic Sen. Tim Kaine of Virginia, but action on that front appears to be on ice while the impeachment trial is underway in that chamber.

Instead of bringing Khanna’s and Lee’s legislation forward as standalone bills, House Democratic leaders opted to set up the two measures as amendments to an uncontroversial commemorative coins bill that has already passed the Senate. The procedural maneuvering was meant to block House Republicans’ ability to make a motion to recommit — the last opportunity to amend legislation in the House.

While some Republicans have ridiculed this strategy by Democrats, Khanna told CNN he is “happy with the way leadership structured this,” because it would allow a clean vote on his legislation.