Payton Chester, a victim of the crash that killed Kobe Bryant, was the go-to student for making new kids feel at home, principal says 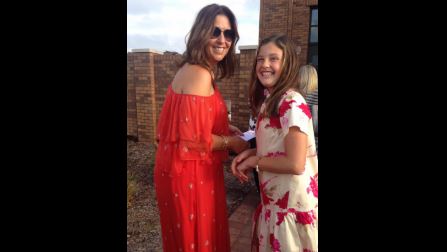 Whenever there was a new kid at Harbor View Elementary School, Todd Schmidt knew he could count on Payton Chester.

“If I had a new student, I could just go to Payton and several of her friends and they would just make sure that person, from almost the moment that she met them, would feel at ease, at home and just part of the Harbor View family,” Schmidt, the school’s former principal, told CNN. “And she did it with just this big smile.”

Payton, 13, and her mother, Sarah Chester, were among the victims of Sunday’s helicopter crash that took the lives of basketball icon Kobe Bryant and his daughter, Gianna.

Schmidt got to know the Chester family during their years at the school together. He once spent the day with Payton and her brothers, eating pizza, frozen yogurt and playing “Just Dance” after the school auctioned off time with the principal as part of the fundraiser. A picture he took with them that day is still in his office.

The family left the school several years ago, but Schmidt said the community is still mourning the loss of Payton and Sarah

In a Facebook post Sunday evening, he said the Chester family was “engaged, supportive, encouraging, and full of mischief and laughter.”

“While the world mourns the loss of a dynamic athlete and humanitarian, I mourn the loss of two people just as important … their impact was just as meaningful, their loss will be just as keenly felt, and our hearts are just as broken,” he wrote.

Sarah Chester brought Schmidt and the community just as a much joy as Payton, he said. During PTA meetings she made a game out of getting Schmidt to smile during a presentation.

“She was very good at it,” he said. “I don’t think there was ever a time she couldn’t catch my eye and just make me smile.”

“Payton was the exact same way,” he added.

Schmidt hasn’t reached out to Payton’s father and brothers since Sunday, trying to be sensitive about their loss. But he said he wants them to know “how loved they are, and how this community has embraced them the way that they embraced all of us.”

“Everyone just has them in their thoughts and prayers,” Schmidt said, “and I just want them to know how many people are just lifting them up and supporting them.”