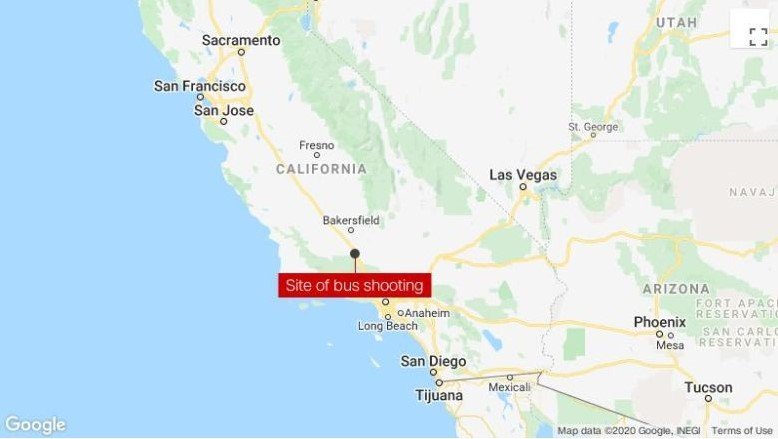 Passengers on a Greyhound bus were able to overcome and disarm the gunman in a shooting that left one person dead and five injured Monday, authorities said.

Shortly before 1:30 a.m., a man on the bus opened fire while the bus was in the Grapevine, California, area on Interstate 5, CHP spokesman Steve Loftus said.

“Due to some very heroic acts by the passengers, they were able to overcome this subject and disarm him,” said CHP Sgt. Brian Pennings. “They were able to escort him off of the bus without further incident.”

Authorities say they don’t know why the shooter opened fire, but CHP said the incident isn’t terror-related. So far, there’s no evidence the victims knew the shooter.

The bus, carrying 43 people including the driver, was headed from Los Angeles to the San Francisco area, California Highway Patrol said.

Five other people — three women and two men — were shot and taken to local hospitals. Authorities said two are in serious condition.

After the shooting, “the driver immediately pulled to the right shoulder, and the suspect voluntarily got off the bus, leaving his handgun behind,” CHP Sgt. Brian Pennings said.

Pennings identified the gun left behind as a Century Arms semi-automatic 9MM black pistol, and said the suspect also left behind several magazines.

The suspect is in custody, but the motive remains unclear, CHP said. Authorities said the suspect boarded the bus in Los Angeles, but are not yet certain where he is from originally.

In a written statement, Greyhound offered its “thoughts and prayers” to the families affected.

The company did not answer CNN’s questions about security and screening procedures at bus stations.

“Unfortunately we are unable to release any additional information at this time … as it is still considered an ongoing investigation,” a company spokeswoman said.