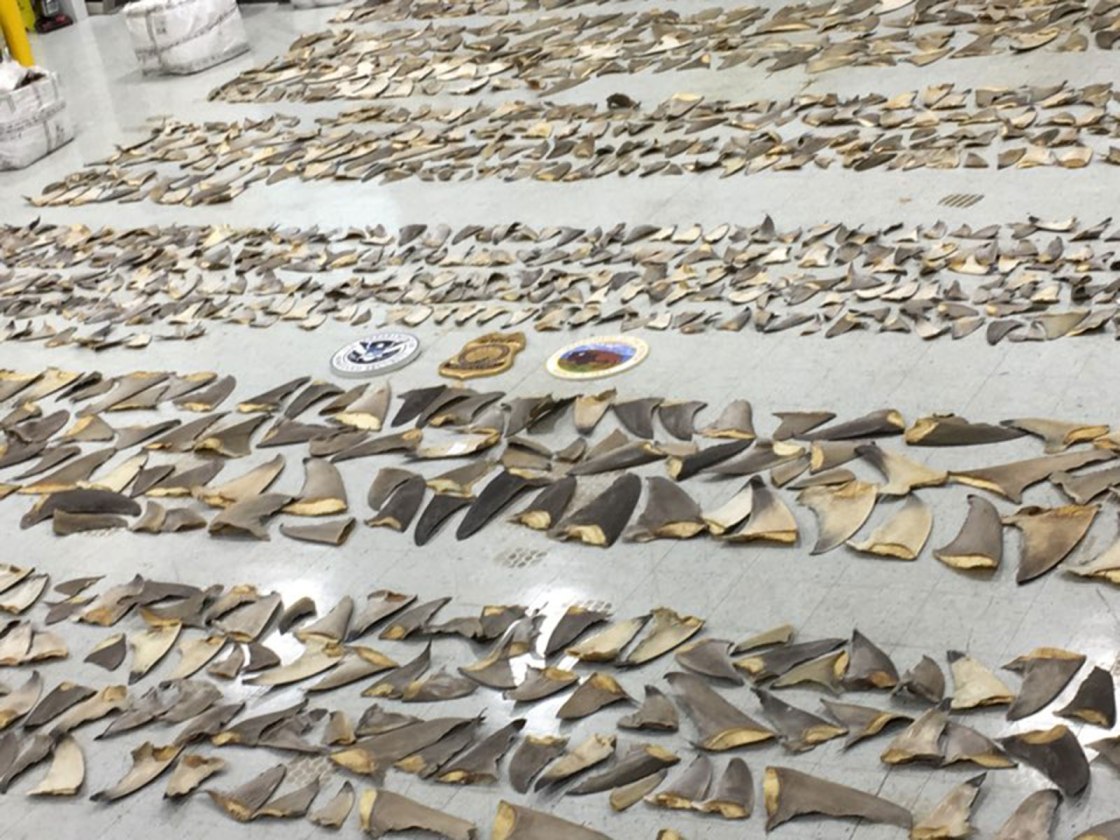 Nearly $1 million worth of shark fins were seized in Miami, Florida, after the boxes they were hidden in were intercepted by US government officials.

About 1,400 pounds of shark fins were found hidden in 18 boxes on Monday, the U.S. Fish and Wildlife Service said in a news release.

The fins, which arrived at a Miami, Florida port entry late last month, have a commercial value estimated between $700,000 to $1 million, officials said.

It was believed to have come from South America, and was likely headed to Asia.

“The shipment violated the Lacey Act and included CITES listed species,” Gavin Shire, U.S. Fish and Wildlife Service Chief of Public Affairs, told CNN. “We are limited to what we can say about this as it is an ongoing case.”

CITES (the Convention on International Trade in Endangered Species) is an international agreement between governments aimed to protect wild animals and plants. As of October 2016, 12 species of sharks are included in Appendix II of CITES.

The impact of fin trading

Due to the shark fin soup trade, shark populations such as hammerhead and oceanic whitetip, have declined by more than 90%, a 2018 study in Marine Policy reported.

Nearly 60% of the world’s shark species are threatened and more than $1 million ton of sharks are caught each year, the study added.

The study said fin imports have doubled in Hong Kong since 1960, naming the city as the “world’s biggest shark trading hub.”

Shark fin soup is a traditional, often expensive, Chinese cuisine which has been served in restaurants worldwide.