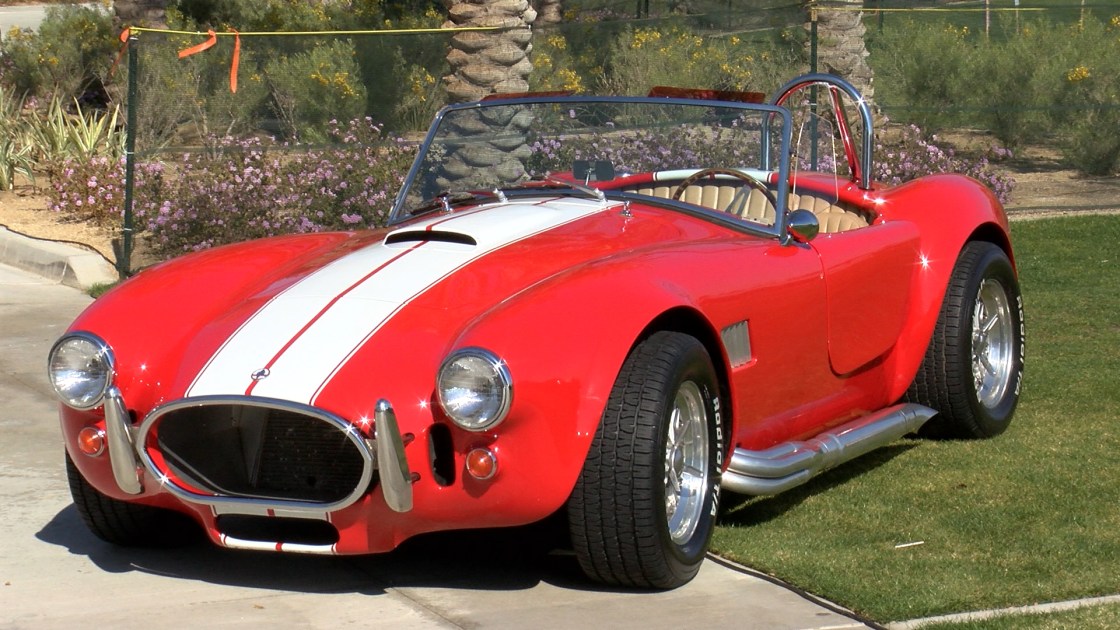 One of a kind beauties began lining up on Friday for Dr. George’s Annual Charity Car Show. Early bird registration began at 10 a.m. and this year attendees will get to experience something special as they are highlighting the academy award-nominated movie Ford v. Ferreri.

Although people can see a little bit of everything at this year’s car show, the main attraction will be the Ford GT and it’s famous Italian competitor, the Ferrari. “The cars that we are going to have on display from the academy award-nominated movie Ford v. Ferrari,” said Ross McMullin, President of Palm Springs Cruisin’ Association.

For 18 years Palm Springs Cruisin’ Association has benefited the Desert Cancer Foundation and this year they are expecting around 1,100 cars and about 10,000 spectators. We spotted on Ford GT and one Ferrari during early bird registration and we went around and asked people which they like better Ford or Ferrari?

“Oh I’m a Ford girl, American cars you know, I have a Hudson so I like American cars,” said Ronna Bixby with Light Em Up Car Clubs.

“Definitely ford.” “Oh I just like the Ferrari because it’s just so fancy, it’s a fancy name,” exclaimed the Telles Family.

“I got five kids, don’t ask me which is my favorite kid, I can’t do it,” Mcmullin added.

“We were rooting for Ford, all the old schoolboys. Yea it was a great, great movie,” explained Larry Dike, Participant/volunteer, and member of Silver Scorpions.

Many people were in favor of the Ford GT, but both cars will be on full display for the event. Participant gates open at 6:30 a.m. Saturday morning. The show scheduled to start at 9 a.m.