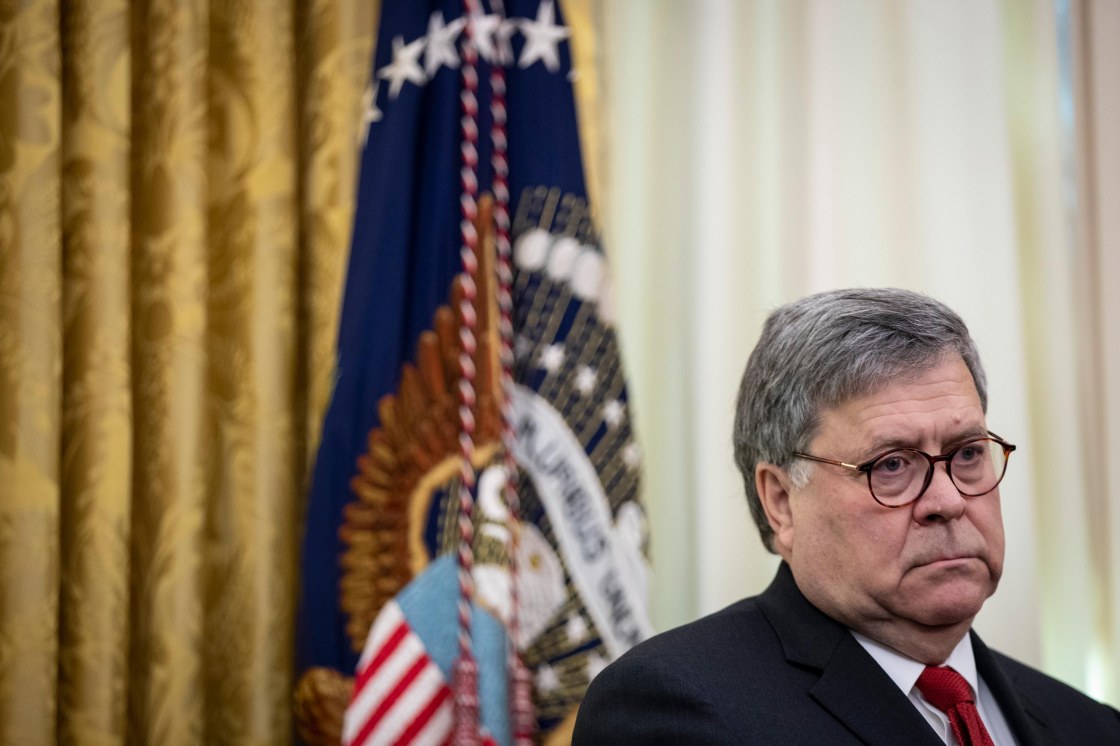 Attorney General William Barr launched a volley of lawsuits at progressive communities Monday in the latest escalation of the administration’s hardline tactic on illegal immigration.

Speaking at an annual gathering of sheriffs in Washington, Barr put politicians on watch and announced a trio of lawsuits aimed at laws that he said were putting the safety of undocumented immigrants ahead of law-abiding citizens.

In Washington state, the Justice Department sued to block a policy that blocks the Department of Homeland Security from deporting undocumented immigrants out of a Seattle airport.

And in California, Justice Department attorneys pushed back against a new state law that prohibits the use of private detention facilities, which are used by the Department of Homeland Security to house undocumented immigrants.

“Today is a significant escalation in the federal government’s efforts to confront the resistance of ‘sanctuary cities,’ ” Barr said. “We will consider taking action against any jurisdiction that, or any politician who, unlawfully obstructs the federal enforcement of immigration law.”

Barr’s announcement appears to be part of a concerted effort by the administration to push back against cities that limit cooperation with immigration authorities. The Trump administration has long targeted so-called “sanctuary cities,” but the latest push comes in the throes of a presidential election.

At his State of the Union address last week, President Donald Trump heightened the issue in his remarks and invited a man whose brother had been killed by an undocumented immigrant that had been released due to a California sanctuary law.

Separately, the Department of Homeland Security last week also announced that they would prevent residents of New York state from participating in programs that facilitate international travel, like Global Entry, because of a new law that shielded personal information submitted by undocumented immigrants who filed for driver’s licenses from going to immigration enforcement agencies.

Critics called the move political retribution, and the state on Monday filed a lawsuit challenging it in court.