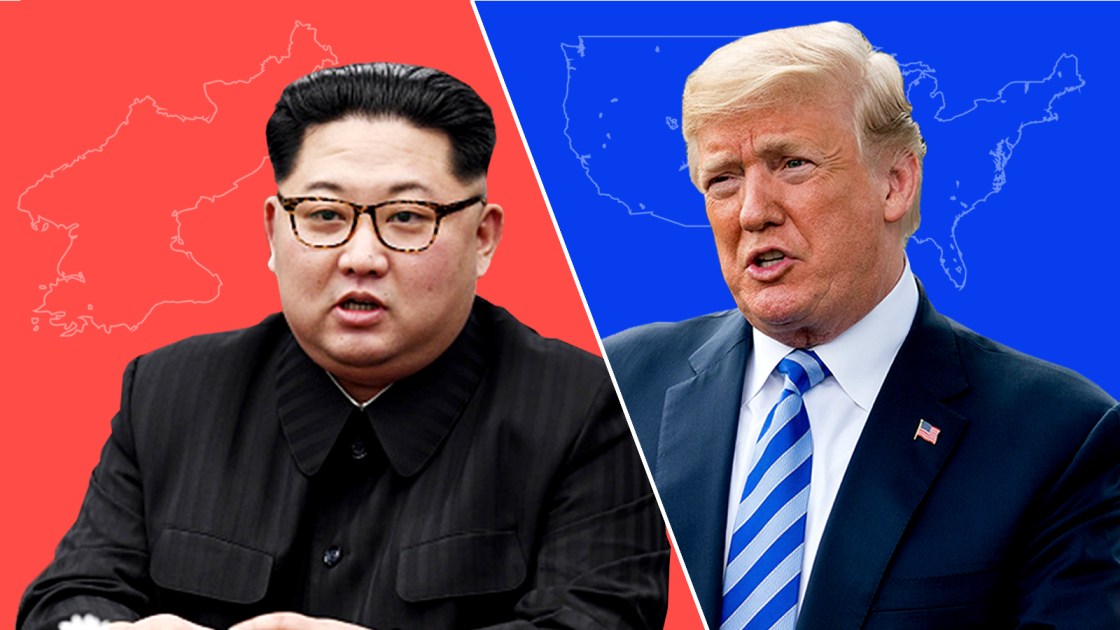 President Donald Trump has told top foreign policy advisers that he does not want another summit with Kim Jong Un before the presidential election in November, according to two sources familiar with the discussions.

Trump’s last meeting with the North Korean dictator took place almost exactly a year ago, and both leaders walked away empty-handed. Since then diplomacy — aimed at achieving the denuclearization of North Korea — has floundered, and as Trump focuses on his re-election campaign his appetite to engage on the issue has waned, according to the sources.

Trump expressed his frustration late last year after the first working-level talks between the two countries for 8 months fell apart in October, sources explained. US negotiators believed they were making progress during the talks in Stockholm until the North Koreans claimed they broke down because the US had come “empty handed.”

One official familiar with the administration’s efforts with North Korea bluntly described the negotiations as “dead.” The US government has completely stopped issuing special circumstance permits for travel to North Korea, this person added.

The two leaders have enjoyed a turbulent relationship since Trump has been in office. Prior to their historic first summit in 2018 Trump and Kim had traded threats and insults with the American President dubbing the North Korean leader a “little rocket man.” But after meeting Kim in Singapore, the two seemed to strike up an unlikely friendship culminating in the President telling a rally in fall 2018 that they “fell in love.”

But there’s been a notable thaw in recent months as North Korea resumed missile tests and a senior member of the North Korean government described Trump as a “dotard” in December after the President once again dubbed Kim ‘Rocket Man” at the NATO summit in London even as he stated the two had “a good relationship.”

And observers point to the fact the President has given Kim a pass in recent months after Pyongyang launched a series of missile tests, pointing to a halt in nuclear tests as evidence that his diplomatic efforts were working. However, his former national security adviser John Bolton publicly stated that the ballistic missile tests were a violation of United Nations Security Council resolutions — and Trump publicly disagreed.

Last month Trump sent a birthday message to Kim but his public comments on North Korea have been noticeably muted in recent weeks and the President hasn’t tweeted about Kim.

On New Year’s Eve, Trump reiterated that the leaders had a “good relationship,” but also acknowledged that they may have divergent agendas.

“Look, he likes me; I like him. We get along. He’s representing his country. I’m representing my country. We have to do what we have to do,” Trump told reporters at Mar-A-Lago when he was asked about the Christmas gift promised by the North Koreans. That gift — which the administration expected to be a missile launch of some sort — never came.

Those working on Trump’s reelection campaign do not believe North Korea is an issue crucial to the President winning a return to office.

It was also noticeable that Trump did not mention the country in his State of the Union speech this week.

Last year he used the address to announce the second US-North Korea summit and in 2018 Trump invited a North Korean defector as one of his guests.

An administration official said there is little appetite within the President’s inner circle to pursue a deal with North Korea before the election, saying any potential benefits to be gained from reopening talks are greatly outweighed by the risks. It’s also clear the North Koreans are not interested in restarting negotiations unless the President preemptively eases sanctions which is unlikely to happen, the administration official added.

In a New Year’s address, Kim said his country will “never” denuclearize if the US does not retreat from what North Korea regards as Washington’s “hostile policy” towards Pyongyang.

Last month, a top adviser to Kim said North Korea has no intention of engaging in talks this year.

In a statement published in English by North Korean state media, Kim Kye Gwan said Pyongyang believed it has been “deceived by the US” and said the US has wasted the last eighteen months, in which little progress has been made on denuclearization.

“We have been deceived by the US, being caught in the dialogue with it for over one year and a half, and that was the lost time for us,” the adviser said.

The National Security Council and the State Department did not reply to a request for comment.

Despite Trump’s disinterest, other administration officials continue to publicly tout a ready-for-negotiations posture.

“My hope is that North Korea will come back to the table,” national security adviser Robert O’Brien said at an event in Washington on Wednesday.

When asked if he expects talks to begin before the election, O’Brien denied any connection between the political calendar and the Trump administration’s policy on North Korea.

O’Brien did not specifically address the President’s current disinterest in a Trump-Kim summit, or seek to indicate that the President was eager for another face-to-face meeting.

Steve Biegun, the US Special Representative to North Korea, has remained committed to working-level talks and will maintain the portfolio even now that he is also the deputy secretary of state. But North Koreans have not been receptive in recent months.

“Biegun is constantly trying to reignite talks,” according to one person familiar with the administration’s efforts. However, the official noted that Biegun has been unsuccessful on is recent trips to the region.

It is unclear if lower-level diplomats working on the Trump administration’s North Korea policy have been explicitly told that the President is no longer eager for another summit. Yet officials working on the portfolio understand that Trump does not want to have another face-to-face with Kim Jong Un unless there is a deal to be closed during that summit, a source familiar with the efforts explained.

As diplomacy stands still, North Korea has slowed down its missile tests, but remains focused on its nuclear program. North Korea is “building new missiles, new capabilities, new weapons as fast as anybody on the planet,” General John Hyten, Vice Chairman of the Joint Chiefs of Staff, said last month.

Members of Congress, including many Republicans, have grown increasingly concerned over the administration’s failure to share details on their approach to North Korea policy, according to two Congressional staffers. Repeated requests by members of Congress to receive briefings, particularly in the immediate aftermath of the President’s meetings with Kim, were ignored, prompting concern over a lack of oversight by Congress, these people said.