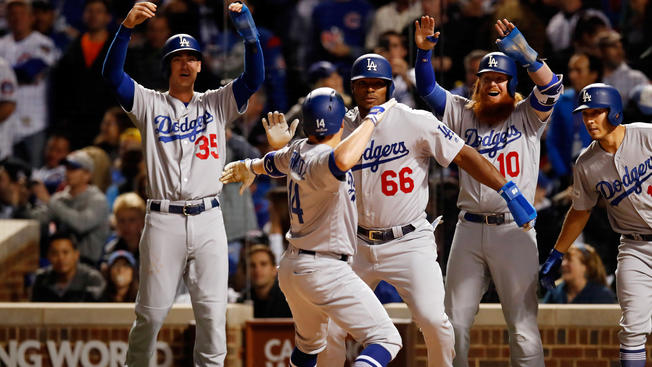 Major League Baseball is considering expanding the number of playoff teams and having a live playoff selection TV show in which teams select opponents on the last day of the regular season, according to the New York Post.

The radical change would bring the number of teams entering the postseason from five to seven in each league. It would give the club with the best record in each league a bye of the wild-card round and direct pass to the Division Series, the Post reported Monday.

In the wild-card round, the newspaper reported, “The two other division winners and the wild card with the next-best record would each host all three games in a best-of-three wild-card round. So the bottom three wild cards would have no first-round home games.”

“No idea who made this new playoff format proposal, but Rob is responsible for releasing it, so I’ll direct this to you, Rob Manfred,” Bauer tweeted.

“Your proposal is absurd for too many reasons to type on twitter and proves you have absolutely no clue about baseball. You’re a joke.”

Philadelphia Phillies shortstop Didi Gregorius asked via Twitter, “Why are we changing this loveable sport so much.”

Tony Clark, executive director of the players’ union, said in a statement: “Any measures that aim to incentivize competition are worth discussing. For playoff expansion specifically, the devil of those discussions will be in the details.”

A union spokesman said Manfred mentioned expanded playoffs that could alter the regular season as part of an informal conversation, not as part of a presentation or proposal. The change would need the approval of the players.

Joe Sheehan, a longtime baseball writer and a founding member of Baseball Prospectus, said playoff expansion was inevitable but an increase to as many as 17 teams unlikely.

“Rob Manfred, since he’s taken over, has floated a lot of trial balloons,” he said. “This feels like another one of those. I think we’ll get playoff expansion because that’s where the TV money is but the 17 (team) plan seems like a lot to ask.”

Teams are already being defined by what they do in October, Sheehan said.

“This plan makes that even worse,” he added. “Every time you expand the playoffs you dilute the regular season and we’re getting to a point where it’s like, ‘OK, why are we even playing 162 games?’ This is just, ‘Let’s create more fake drama to sell playoff rounds for TV’ without actually addressing the fact that you are basically invalidating your regular season.”

Under the plan, “the division winner with the second-best record in a league would then get the first pick of its opponent from those lower three wild cards, then the other division winner would pick, leaving the last two wild cards to play each other,” according to the Post.

“The plan is to have this all play out on a show on the Sunday night the regular season ends and have representatives picking teams on live TV — think the NCAA selection show, but just with the teams making the selections. The rights to that show is part of the enticement to potential TV partners,” the newspaper reported.

The proposal would provide more “postseason inventory” for network broadcasters, more “clinching scenarios,” and hopefully greater fan interest in the playoffs, according to the Post.

Sheehan questioned the timing of the playoff expansion talk as pitchers as catchers report for spring training and MLB reels from a sign-stealing scandal.

“People have made the point that this got people to stop talking about the Astros for a couple of days,” he said. “I don’t think the timing of it is necessarily coincidental.”