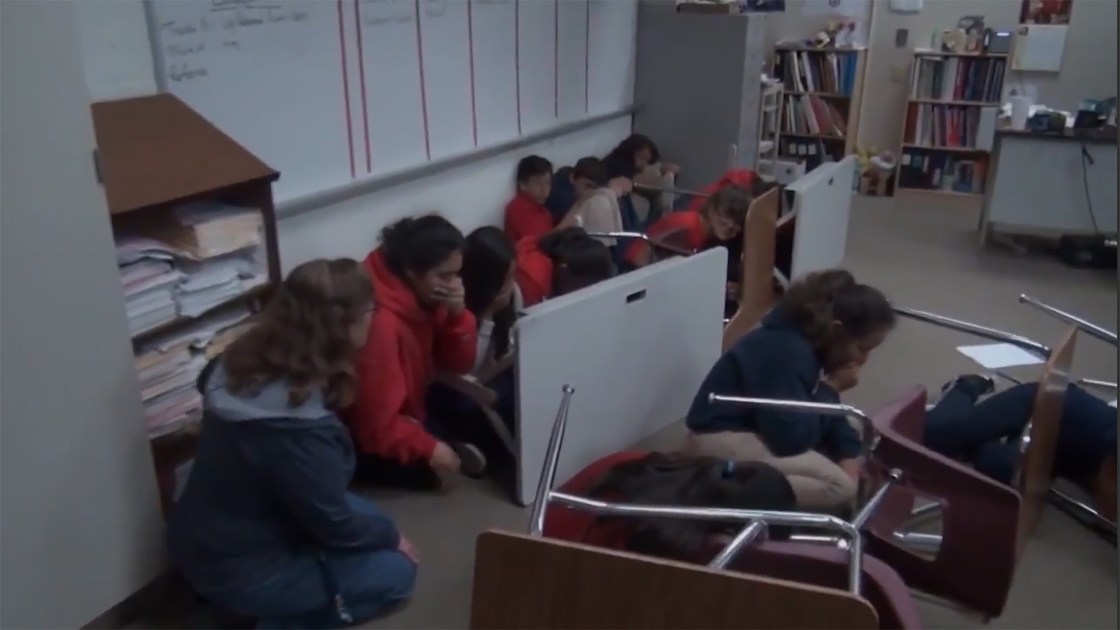 During the 2015-2016 school year, for example, about 95% of schools drilled students on lockdown procedure, according to a report from the US Department of Education.

But on the other end of the spectrum, some psychologists have said these practices can be traumatizing for students depending on how they’re conducted. And now, two teachers unions are speaking out.

The American Federation of Teachers and the National Education Association partnered with Everytown for Gun Safety, a coalition working to end gun violence, to publicly condemn active shooter drills in schools.

“Given growing concern among parents, students, educators, and medical professionals about the impact that active shooter drills can have on student development, Everytown, AFT, and NEA do not recommend these drills for students,” they wrote in the report, “and believe schools should carefully consider these impacts before conducting live drills that involve students and educators.”

The report also went on to specify that student drills shouldn’t be the only plan in place regarding school shootings.

And instead of active shooter drills, the trio recommends a more comprehensive approach that doesn’t involve students — like enacting Extreme Risk laws, which don’t allow people who demonstrate risk of harming themselves or others to buy a firearm, or staff training on lockout procedures and emergency medical procedures.

There has been limited research affirming the value of these active shooter drills despite their ubiquity, the report claims.

It recounts one instance at an Indiana elementary school, where law enforcement officers lined teachers up and shot them with plastic pellets using an airsoft gun.

“Stories abound in the media of incidents where students, educators, and staff have experienced distress and sometimes lasting trauma as a result of active shooter drills,” the report states.

For schools that will continue to implement active shooter drills, Everytown and both of the unions oppose unannounced drills and “all simulations that mimic or appear to be an actual incident.”