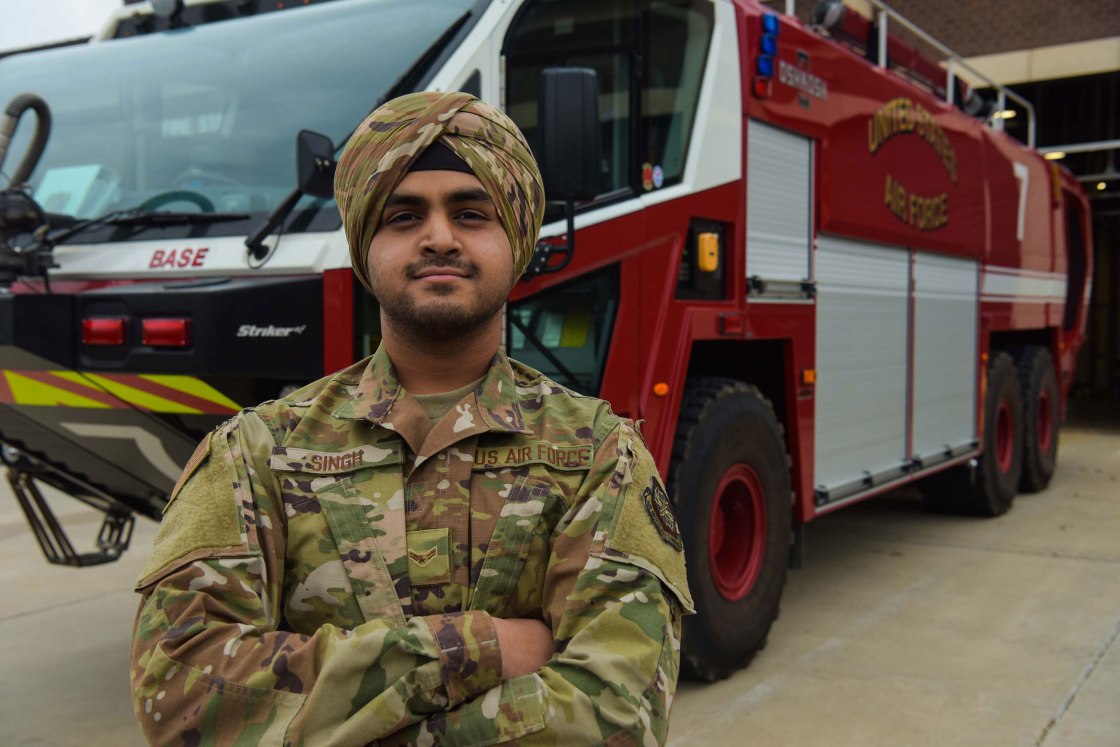 Air Force updates its dress code policy to include turbans, beards and hijabs

(CNN) — The US Air Force has updated its dress code policy to outline a clear approval process for Sikhs and Muslims who want to serve while wearing their articles of faith.

Under the new guidelines, which were finalized last week, Sikhs and Muslims can seek a religious accommodation to wear turbans, beards, unshorn hair and hijabs, and expect to be approved as long as their appearance is “neat and conservative,” except under extremely limited circumstances.

The final review for the accommodation must take place within 30 days for cases in the United States, and 60 days for all other cases, according to the guidelines. And for the most part, airmen can expect the religious accommodation to follow them through their career.

Previously, Sikhs and Muslims serving in the Air Force individually requested religious accommodations that were granted on a case-by-case basis, but the approval process could be lengthy.

This update standardizes that process and outlines a formal timeline for approval.

Sikh and Muslim advocacy organizations said the move was a significant step toward inclusion, though some said that the military needs to go further.

“We support these new guidelines as a step toward religious accommodation and inclusion for military personnel of all faiths,” Ibrahim Hooper, national communications director for the Council of American-Islamic Relations, said in a statement.

Both the Sikh Coalition and the Sikh American Veterans Alliance (SAVA) have called on the US military to allow religious minorities to serve without exception.

“Sikhs have served honorably and capably in the U.S. Armed Forces and other militaries around the world, and while we are eager for a blanket proclamation that all observant Sikh Americans can serve in every branch of the military without seeking accommodations, this policy clarification is a great step forward towards ensuring equality of opportunity and religious freedom in the Air Force,” Giselle Klapper, a staff attorney for the Sikh Coalition, said in a statement.

SAVA President Kamal Singh Kalsi said that the Department of Defense should institute a broader policy that applies across all branches of the military, following the example set by the US Army in 2017.

“The Department of Defense should have a consistent and department wide policy on religious accommodation,” Kalsi said in a news release. “Those who are committed and qualified to serve our country in uniform should be able to do so in a more streamlined and efficient manner.”

Airmen have received accommodations before

A handful of Sikhs and Muslims have received accommodations to serve in the Air Force while wearing their articles of faith.

On Wednesday, the Sikh Coalition announced that Airman 1st Class Gurchetan Singh became the first Sikh American to receive an accommodation to serve in the Air National Guard.

And in 2018, Maysaa Ouza, now a captain, made history as the first officer in the Air Force’s Judge Advocate General’s Corps authorized to wear a hijab, a reflection of her Muslim faith.