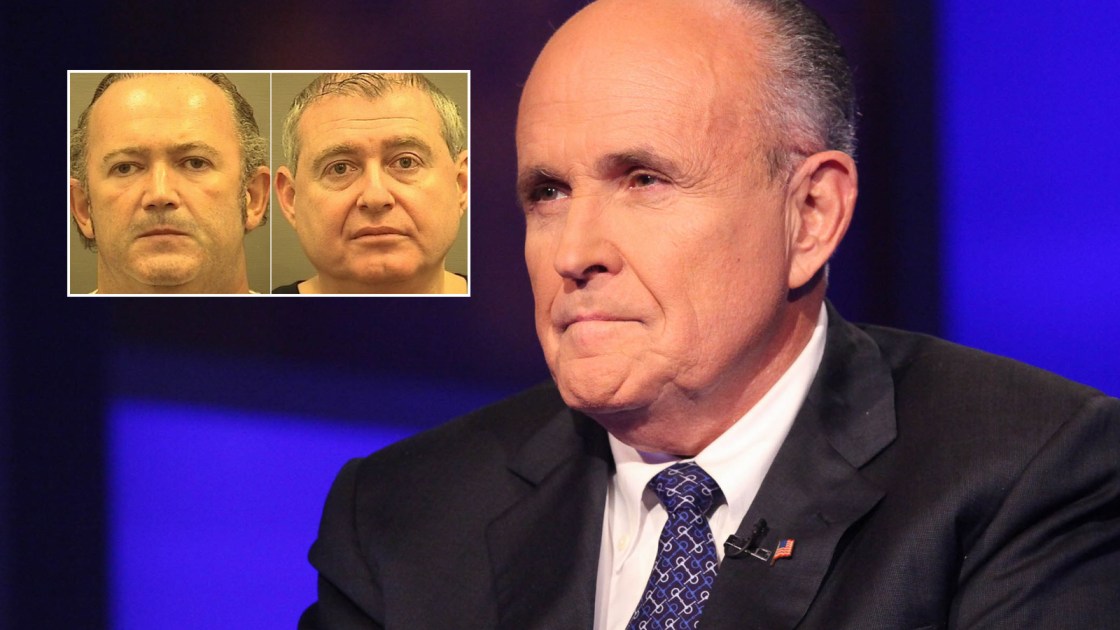 CNN) — Federal prosecutors are weighing new charges against associates of Rudy Giuliani in connection with a company that paid him $500,000, according to people familiar with the investigation.

Prosecutors with the US attorney’s office for the Southern District of New York are considering whether to charge Giuliani associate Lev Parnas and at least one of his business partners with misleading potential investors for Fraud Guarantee, the Florida-based company that paid Giuliani, President Donald Trump’s personal attorney, these people say. Parnas co-founded Fraud Guarantee with the idea of providing insurance to companies to protect against fraud.

The scrutiny of Fraud Guarantee brings the investigation closer to Giuliani, Trump’s vocal defender, and raises questions about what role the former mayor played, if any, in the marketing of the company. A lawyer for Giuliani said his client never had any conversations about investor pitches or marketing with Parnas or his business partner David Correia.

Federal prosecutors in Manhattan for months have been investigating Giuliani’s actions, including his efforts to oust Marie Yovanovitch, then-US ambassador to Ukraine, and push for an investigation into the son of Trump’s political rival Joe Biden. Giuliani has not been accused of wrongdoing. Yovanovitch was recalled early from her position in April 2019.

In the case of Fraud Guarantee, investigators have focused on the marketing pitch, specifically examining whether the men duped investors about the value of the company and how they intended to use the proceeds, the people familiar with the investigation say.

FBI agents and prosecutors interviewed investors who were pitched on the company, and through subpoenas have obtained text messages and other documents related to the effort. One person with knowledge of the company has said the men spent proceeds from investors on pricey personal expenses.

The new charges, if they are brought, would significantly increase the legal pressure on Parnas and Correia. Those men, plus Igor Fruman, another Parnas business associate, and Andrey Kukushkin, an associate in a marijuana venture, have been charged by Manhattan federal prosecutors with campaign finance violations relating to donations they made to US candidates. All four have pleaded not guilty.

The timing of any additional charges is not clear. Prosecutors have said in court that new charges in the case against Parnas and the other defendants are likely, but they have not specified which charges or when they might be filed. The case is scheduled to go to trial in early October, which would mean testimony involving Trump’s circle could emerge in the final weeks of the 2020 presidential election campaign.

“We have taken into account prosecutors’ statements that they might bring additional charges against Mr. Parnas and others since the inception of this case. We are therefore not surprised, and remain prepared to defend Mr. Parnas against any such charges,” said Joseph Bondy, a lawyer for Parnas.

A spokesman for the US attorney’s office in Manhattan and lawyers for Correia and Fruman declined to comment.

The $500,000 payment to Giuliani for work with Fraud Guarantee came just as Parnas and Fruman began helping Giuliani arrange meetings in Ukraine to dig up dirt on Biden, now a Democratic presidential candidate, and press the newly elected president of Ukraine to announce an investigation into Joe Biden and his son Hunter.

Trump’s attempts to pressure Ukraine to investigate the Bidens were at the center of the President’s impeachment trial. Trump and his allies have repeatedly made unfounded and false claims to allege that the Bidens acted corruptly in Ukraine.

Fraud Guarantee was set up by Parnas and Correia in 2013. They were pitching their business as an insurance policy for companies to protect against frauds. It isn’t clear whether they had any clients. In 2015, they were sued for not paying $20,000 on a lease for office space the business claimed it was operating from.

By 2018, Parnas, Correia and Fruman set up another company, Global Energy Producers, to break into the liquefied natural gas business in Ukraine. They began donating to Republican campaigns and super PACs to gain entry into exclusive dinners, including multiple events that gave them access to Trump.

According to the indictment, Parnas and Fruman had their own objectives and allegedly sought the removal of Yovanovitch to advance their own personal financial interests, as well as the political interests of at least one Ukrainian official.

That year, they crossed paths with Giuliani, who was working on his own investigation in Ukraine for Trump. The former New York City mayor was in the midst of an expensive divorce and was strapped for cash. Giuliani has said he borrowed $100,000 from a friend, which the friend confirms has nearly been paid back in full.

Giuliani’s relationship with Parnas, Fruman and Correia appeared to solidify with the Fraud Guarantee business deal. Parnas and Fruman would go on to help Giuliani in his campaign to remove Yovanovitch in pursuit of a Ukrainian investigation into the Bidens.

Parnas and Correia pitched many wealthy GOP donors in Florida, and ultimately Charles Gucciardo, a Republican donor and plaintiffs’ lawyer, agreed to invest, according to people familiar with their efforts.

According to Zelin, Gucciardo signed on with the investment because of Giuliani’s reputation and because Gucciardo believed Giuliani could promote Fraud Guarantee as he had another business, LifeLock, which pitches itself as a way for clients to protect against identity theft.

Gucciardo “believed what Mr. Giuliani did for LifeLock, Mr. Giuliani could and would do for the Company,” Zelin said. He also said the loan could be converted to an equity stake in the business.

Gucciardo and Zelin did not return calls for comment for this story.

But Giuliani never did any public commercials or pitches for Fraud Guarantee, and a person familiar with the company said Giuliani didn’t provide any legal services.

An attorney for Giuliani said the former mayor believed the purpose of Fraud Guarantee was intended to be similar to that of LifeLock and that Giuliani had performed legal work. He also said Giuliani didn’t authorize either Parnas or Correia to make representations about his involvement.